Home Sports ‘I wish this day would have never come’: Reaction to Federer announcing... 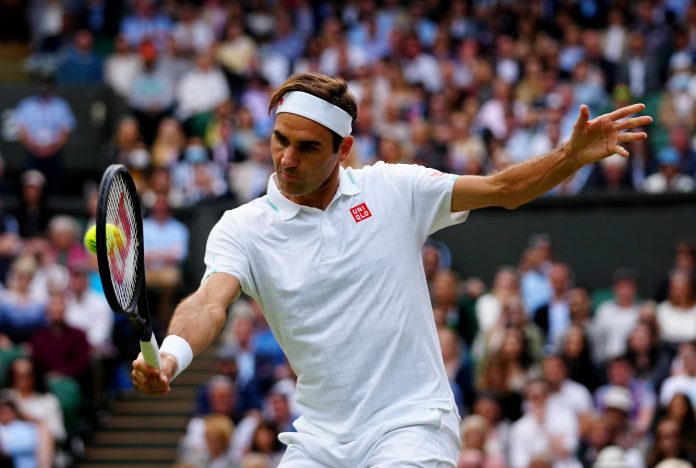 Following is a roundup of reaction to Roger Federer, a 20-times Grand Slam champion and former world number one, announcing his retirement from the sport at the age of 41 after the Laver Cup later this month:

“I wish this day would have never come. It’s a sad day for me personally and for sports around the world. It’s been a pleasure but also an honor and privilege to share all these years with you, living so many amazing moments on and off the court.

“We will have many more moments to share together in the future, there are still lots of things to do together, we know that. For now, I truly wish you all the happiness with your wife, Mirka, your kids, your family and enjoy what’s ahead of you.”

“Roger, where do we begin? It’s been a privilege to witness your journey and see you become a champion in every sense of the word.

“We will so miss the sight of you gracing our courts, but all we can say for now is thank you, for the memories and joy you have given to so many.”

“Roger has been one of my idols and a source of inspiration! Thank you for everything you have done for our sport! I still want to play with you! Wish you all the luck in the world for what comes next!”

“Roger’s impact on tennis, and the legacy he’s built, are impossible to overstate. Over 24 years as a professional, Roger brought millions of adoring fans into the game. He spearheaded an incredible new era of growth and elevated the popularity of our sport.

“Few athletes have transcended their field in such a manner. Roger made us all feel proud and fortunate to be part of the same sport. He redefined greatness on the court.”

“Roger Federer is a gentleman on and off the court – and a true Olympic champion. Congratulations Roger on your outstanding career, good luck for the future. Hope our paths will cross again.”

“Roger Federer is a champion’s champion. He has the most complete game of his generation and captured the hearts of sports fans around the world with an amazing quickness on the court and a powerful tennis mind.

“He has had a historic career with memories that will live on and on. Congratulations Roger Federer. We wish you the very best as your journey continues.”

“He will retire as one of the legends of the game, who brought joy to anyone who watches tennis. Nobody who saw him play will forget his grace, elegance and poise on court.

“We were lucky that many of his greatest performances took place at Wimbledon, and he will always remain a favourite of the British crowds.”

“Some of Fed’s numbers are laughably impossible to top (23 straight slam semi-finals, for instance) but his impact on tennis far exceeds what he accomplished on court.

“Absolute living legend. Thanks for all the countless memories.”

“I LOVE YOU, Roger. Thank you for everything you’ve done in tennis and with myself. Tennis world will never be the same without you.

ANDY RODDICK, WHO LOST THE 2009 WIMBLEDON FINAL TO FEDERER

“Cheers Roger. Thanks for the shared memories my friend. It was an honor to share time/experiences on the most hallowed grounds in our sport. Don’t be a stranger.

“Also, seems like a good time to start training for Wimby (Obviously kidding).”

“Roger – you have always been such a huge inspiration to me. Your elegance, your grace, your beautiful game.

“I have always held you in the highest regard and want to congratulate you for an amazing career. Tennis won’t be the same without you! Thank you.”

“An inspiration on and off the court. Thank you, Roger.”

“Congratulations on a transcendent competitive career. Thank you for being a never-ending source of inspiration.”

“Thank you Roger Federer for everything you have done for Swiss and international tennis, for all the countless emotions we were able to share with you, for every child you inspired to play tennis!”

“What a career, Roger Federer. We fell in love with your brand of tennis. Slowly, your tennis became a habit. And habits never retire, they become a part of us. Thank you for all the wonderful memories.”

“Thank you for doing more for tennis than any single individual. Thanks to you competitors and fans across the world get to experience and enjoy it all over the world.

“Congratulations on your achievements and the people you continue to impact in and away from tennis.”

“A role model for me and so many others!! Thanks for everything Roger. It’s been a privilege to share the court with you!!”

“The saddest day in tennis. Thanks Mr Federer.”

“It’s been one of the great pleasures in life to watch you play. You’ve brought so much joy to so many. Good luck with whatever comes next.”

“The end of a magnificent era.”