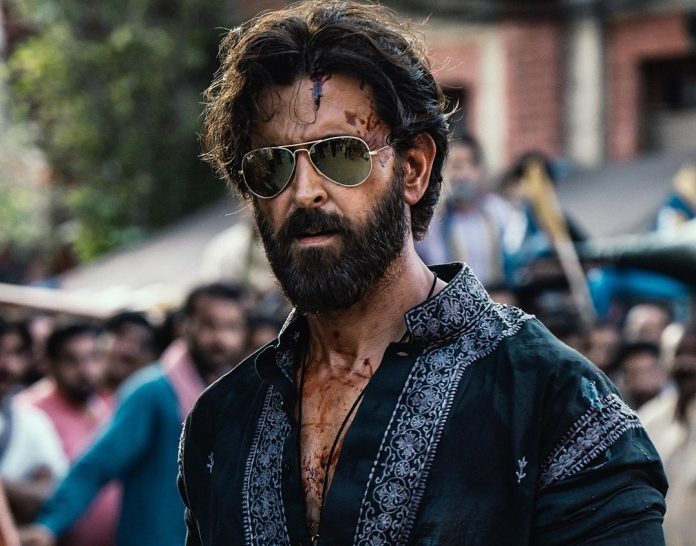 Bollywood star Hrithik Roshan’s first look from his hotly anticipated film Vikram Vedha was unveiled on Monday, on the occasion of his 48th birthday.

The neo-noir action crime thriller is the official remake of the cult Tamil film of the same name. While the original featured R Madhavan and Vijay Sethupathi in lead roles, the remake has Saif Ali Khan and Hrithik Roshan playing primary characters. Well-known actress Radhika Apte is also set to play a prominent part in the film.

In addition to raising the curtain on Roshan’s first look, which features him as Vedha, a gangster, the makers also announced the official release date of Vikram Vedha. The film has secured September 30, 2022, for its theatrical release in India and overseas.

Based on the Indian folktale Vikram aur Betaal, Vikram Vedha tells the story of a tough police officer Vikram (Saif Ali Khan), who sets out to track down and kill an equally tough gangster (Hrithik Roshan).

The remake is directed by Pushkar and Gayatri, who also helmed the 2017 original. It is presented by Gulshan Kumar, T-Series Films, and Reliance Entertainment in association with Friday Filmworks and YNOT Studios Production. The film is produced by S Sashikanth and Bhushan Kumar.