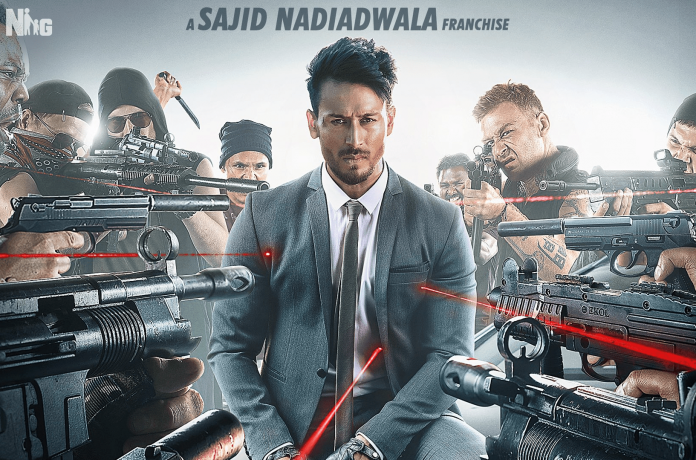 Tiger Shroff is back to wow audiences in his yet another action avatar in Sajid Nadiadwala’s Heropanti 2. The makers unveiled the explosive theatrical trailer of the much-anticipated film on Thursday, which garnered a massive response from the audience.

Heropanti 2, as the title aptly suggests, is a sequel to Shroff’s debut film Heropanti (2014). It also features Tara Sutaria and Nawazuddin Siddiqui in lead roles.

When it comes to action entertainers, Nadiadwala has constantly tried to push the envelope. The producer has built two successful action franchises with Shroff –Baaghi and Heropanti. After Heropanti 2, the duo will team up again for Baaghi 4.

The trailer of Heropanti 2 presents a high-voltage tale of action and romance. Powered by power-packed performances, it promises audiences a heady dose of gravity-defying action, thrill, romance, and entertainment.

While the posters of Shroff, Sutaria, and Siddiqui launched yesterday received a great response from the audience, the trailer has whetted their excitement further. Tiger Shroff fans are looking forward to seeing more action from the actor. “Tiger is back with a bang,” one fan commented. Another wrote, “No one can beat him.”

Siddiqui’s villainous role as Laila also attracted everybody’s attention. One comment read, “Nawazuddin is the most versatile actor and can play any role efficiently.”

Produced by Sajid Nadiadwala, Heropanti 2 is directed by Ahmed Khan from the script written by Rajat Arora. The film has music by A R Rahman with lyrics provided by Mehboob. It is scheduled to release in cinemas on 29th April, 2022, on the auspicious occasion of Eid. The film clashes with Ajay Devgn’s Runway 34, co-starring Amitabh Bachchan and Rakul Preet Singh.