Home Enterainmnet stories Gujarati film Teacher of The Year to get a digital premiere on... 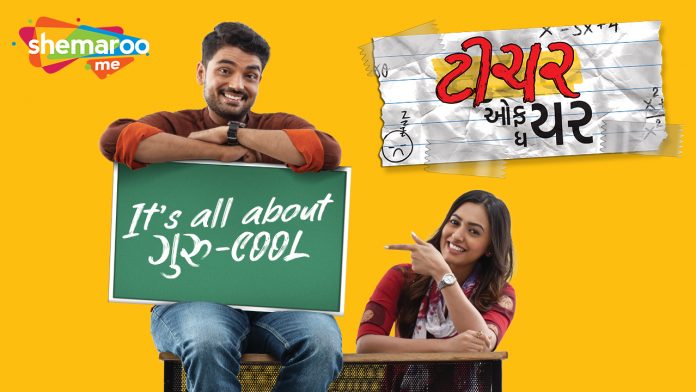 Teacher of The Year is based on the education system and it is now all set to start streaming on ShemarooMe from 5th August 2021.

While talking about the film’s digital premiere, Alisha Prajapati said, “I am delighted that ShemarooMe has decided to digitally premiere Teacher of The Year. This move will spell good news for audiences across the globe who were eagerly awaiting the OTT release. Get ready to experience the pristine relationship of teacher and student in this slice of life blockbuster on 5th August on ShemarooMe”

Shaunak Vyas added, “ShemarooMe will be streaming the superhit film, Teacher of the year as a world digital premiere on 5th August and I am super excited to experience the audience’s response on the movie’s OTT release. I am sure fans will enjoy watching this film with their family at the comfort of their home and will shower us with the similar love and support as they did during the film’s theatrical release.”

Veteran Mehul Buch, who plays a pivotal role in the movie, said “With the world digital premiere of Teacher of the year on a prestigious platform like Shemaroo Me, I am confident that more viewers across the globe will be able to get a glimpse of this beautiful Guajarati movie, streaming from 5th August. I am positive that the World Digital Premiere will receive a stupendous response and the innocence of the film will be cherished by all.”

Before Teacher Of The Year, Gujarati web series like Kshadyantra, Vaat Vaat Ma, and Unknown to Known were premiered on ShemarooMe. Even Gujarati film Swagatam had got a direct-to-digital release on the streaming platform.