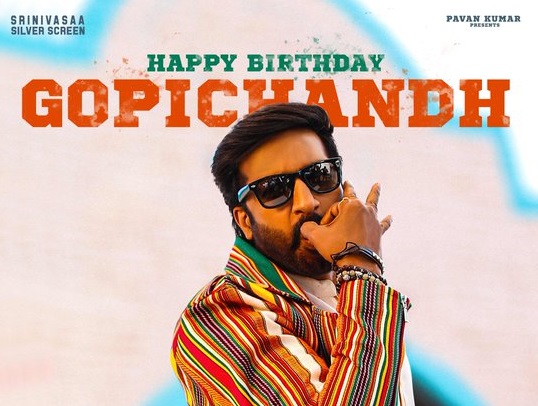 Action star Gopichand celebrates his 42nd birthday today. So, on the occasion of the actors birthday, the makers of his upcoming films, Seetimaarr and Pakka Commercial, have unveiled the new poster of the films.

Maruthi, director of Pakka Commercial, yesterday took to Twitter to share the new poster of the film. He tweeted, Wishing Maa Macho Hero @YoursGopichand a wonderful birthday in advance Presenting him in a new way ofcourse in a #PakkaCommercial way Happy to work with you. Long way to go #HBDGopiChand @GeethaArts @UV_Creations @RaashiiKhanna_ @JxBe #AlluAravind #BunnyVas @SKNonline.”

Pakka Commercial stars Raashi Khanna as the female lead. The movie is slated to release on 1st October 2021.

Seetimaarr also stars Tamannaah Bhatia in the lead role. The movie was slated to release on 2nd April 2021. But, it was postponed as the post-production work was still left. The makers have not yet announced the new release date of the film.