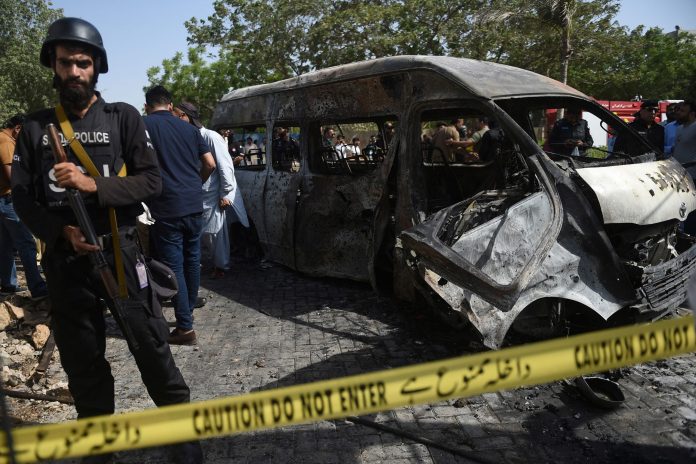 A female suicide bomber from a Pakistan separatist group killed four people, including three Chinese nationals, in an attack on a vehicle carrying staff from the Confucious Institute affiliated with the Karachi University.

The “Baloch Liberation Army accepts responsibility of today’s self-sacrificing attack on Chinese in Karachi”, the group’s spokesman Jeeyand Baloch said in a statement published in English on Telegram.

The mission was the first to be carried out be a female militant, he added.

Chinese targets have regularly been attacked by separatists in Balochostan province, where Beijing is involved in huge infrastructure projects as part of its Belt and Road Intitiuative.

Separatists have long harboured resentment against lucrative mining and energy projects in the region, saying locals do not see the benefits.