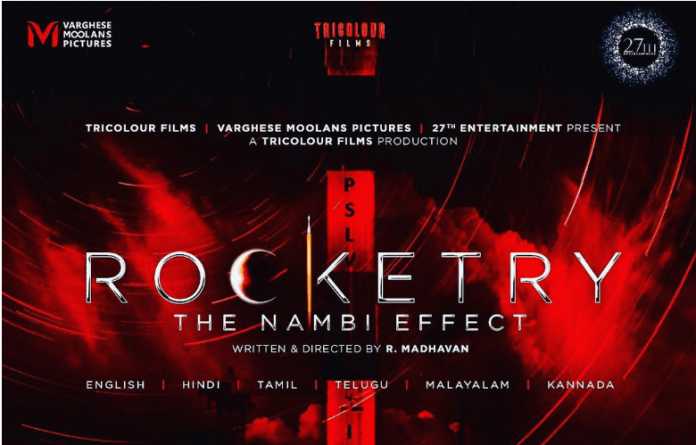 Five feature films in various Indian languages are set to be screened at the 2022 Cannes Film Festival, the information and broadcasting ministry announced on Thursday.

These screenings are not part of the official Cannes line-up and will be showcased at the Marche’ Du Films, also called Cannes Film Market, where India was announced as the official ‘country of honour’ last week.

R Madhavan’s directorial debut Rocketry: The Nambi Effect, a biographical drama based on the life of Nambi Narayanan, the ISRO scientist who was falsely accused of espionage, will have its world premiere at the Palais des Festivals on May 19.

Besides, Nikhil Mahajan’s Marathi feature Godavari will be screened during the festival along with four other movies at the Olympia theater, the ministry said in a press release.

Godavari, which follows the story of a grumpy man named Nishikant Deshmukh and his family who try to cope with the deaths of two close relatives, had won two awards at the 52nd edition of the International Film Festival of India (IFFI) in Goa last year.

Alpha Beta Gamma comes from filmmaker Shankar Srikumar and follows the story of a woman, her almost ex-husband, and her about-to-be husband who are locked down under one roof for 14 days during the Coronavirus-induced lockdown.

Boomba Ride is directed by Biswajeet Bora and is described as a scathing comic satire of corruption in India’s rural education system. The story revolves around an impoverished school where there is only one (unwilling) student, Boomba.

Achal Mishra, best known for the critically-acclaimed 2019 movie Gamak Ghar, has helmed Dhuin, which is about an aspiring actor who is making ends meet by doing street plays for the local municipality.

Tree Full of Parrots, directed by Jayaraj, showcases the story of an eight-year-old boy, Poonjan, who earns a living by doing small jobs like fishing in the backwaters and looks after his family consisting of a drunkard father, grandfather, and great grandfather.

Union Minister for Information and Broadcasting Anurag Thakur is set to lead a delegation from India to Cannes.

Bollywood superstar Akshay Kumar, music maestro A R Rahman, filmmaker Shekhar Kapur, and actor Pooja Hegde are among the film personalities who will walk the red carpet on the opening day of the 75th Cannes Film Festival as part of the Indian contingent.

Delhi-based filmmaker Shaunak Sen’s documentary All That Breathes, India’s sole cinematic representation at the main festival, will premiere in the ‘Special Screening’ segment at the gala.

Bollywood star Deepika Padukone is part of the eight-member competition jury of the Cannes Film Festival along with prestigious names such as actor-filmmaker Rebecca Hall and Iranian filmmaker Asghar Farhadi.