Home Entertainment Exclusive: “I look forward to seeing what future holds for me,” says... 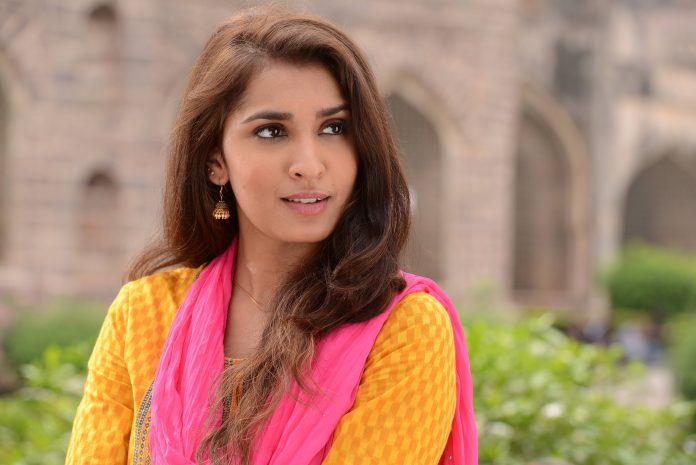 Jahnavi Dhanrajgir, daughter of filmmaker and yesteryear actor Tarun Dhanrajgir who played the role of Mr. Darcy in the Indian remake of Pride and Prejudice which aired on Doordarshan in 1985, has just made her acting debut with the recently released film Bolo Hau: A Mazedaar Love Story with Hyderabadi Tadka. The movie, directed by her father, sees the debutante in the role of a happy-go-lucky, modern girl who does not shy away from going against her conservative family for what she believes in.

Before making her silver screen debut with Bolo Hau, Dhanrajgir worked as an assistant editor on such successful Hindi movies as Gunday (2014) and Kick (2014). She even assisted Ali Abbas Zafar on the Salman Khan and Anushka Sharma-starrer Sultan (2016). Putting her editorial skills to good use, Dhanrajgir did not only act in Bolo Hau, but she also edited the film.

Talking to Eastern Eye, Jahnavi Dhanrajgir shares what led her to make a switch from editing to acting, how she managed to crack the famous Hyderabadi lingo for her character in Bolo Hau, and what types of roles she wants to pursue in future. Excerpts…

Your character in Bolo Hau talks in the famous Hyderabadi lingo, how difficult was it to learn the accent and crack your dialogue delivery?

My biggest challenge while bringing Rukhsar to life was the Hyderabadi accent. I spent a lot of time interacting with and observing people in Hyderabad to correctly capture the nuances. I also had my father and Abid Bhai (story, screenplay, and dialogue writer) guiding and training me. So, I managed it in the end and I think it did pretty well and everyone’s loving what they see and hear on screen.

From behind the scenes to in front of the camera, how did the transition happen for you?

I have always been behind the camera, leading on the edit table. Acting, though, has always had a very special place in my heart. I have been performing for as long as I can remember – much before editing came into my life – but I never really considered pursuing it professionally until recently. I realised that if I did not give this a fair shot, I would live to regret it. The outcome is irrelevant. We do not know what may or may not happen.

What advice would you like to give to the new budding actors?

Anyone who wants to get into this field has to train, hone their craft, attend workshops, network and watch a lot of world cinema. All these things definitely give one a lot of perspective.

What attracted you in the script of Bolo Hau?

I loved the fact that it was a love story. And the main thing was that I loved that Rukhsar is a strong woman who stands for what she believes in. That just made me say yes to the film first go.

What kinds of roles you want to do after this?

As a performer, the goal is to play different kinds of characters that add meaning to the story. I look forward to seeing what future holds for me.

Who is your all-time favourite actor or actress from Bollywood?

Kajol and Madhuri. Ranveer and Ranbir. They have done amazing work and I love watching them on screen.