Home Entertainment Exclusive: “I am amazed at the mediocrity of Indian television shows,” says... 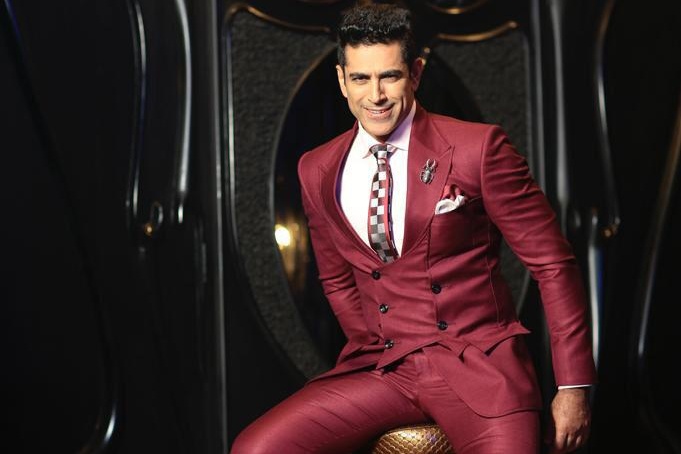 Tarun Khanna has been a familiar face on Indian television for two decades now. He made his first big television splash as Sameer in Star Plus’ Kabhi Aaye Na Judaai (2001-2003). The actor then went on to play a variety of characters in several successful shows.

“I think it is a privilege to get into that costume. Every time I do it, I thank God that I am doing that role,” Khanna told Eastern Eye when we caught up with him on the sets of his upcoming web-show Geisha.

In this interview, Tarun Khanna spoke with us about his new show Geisha, what he would not like to remember about 2020, the mediocrity of television content, why he has no plans of quitting television despite its content losing its shine day by day, and much more.

I am unhappy with the way things have been handled. The government screwed up everything. It was not helping people out. People did not get their salaries for three months or so. And when organisations finally started paying their employees, there was a 50% cut in salaries. What did our government do about it? Was there any reduction in rent during such unprecedented times? Did the government step in and made it necessary for all landlords to slash their rent by 50%? Did it bring petrol prices down by 50%? So, what did our government do? There was a time when I was very much in favour of our government. But now, I have realised that it is just taking care of its vested interests, and I am not at all happy.

Tell us something about your upcoming show Geisha?

A new streaming media platform called Digiflix is coming up very soon. Geisha will premiere on that platform. I think the team is planning to launch the platform in April, and they are creating a bank of around 9 shows. They have already produced two shows; Geisha is third in the line. The makers are very new, but they are working very professionally. I do not feel that I am working with new people.

What are you playing in Geisha?

Geisha is a thriller where I am playing a cop, who is investigating a case, which is the crux of the story. My character name is Rajveer Shekhawat. He is a 40-year-old unmarried cop. He has no shortcomings as such, but he is not married. He is frustrated because of the same and his frustration leads to a number of comic situations as well.

Even after playing a variety of characters on television, the audience mostly remembers you for your mythological roles. Do you feel that television stereotypes actors easily?

What do you hate most about TV?

The stupidest thing that you can notice in Indian shows is that only the male and female leads are born with brain and the rest of the cast is shown as a brainless and senseless lot. If the police have arrived to investigate something, they will talk only to the bahu who is the protagonist. The rest of the family members will keep standing around her, looking nonplussed. I ask you where does this happen? This can happen only on Indian television. I wonder how our innocent audience falls prey to such content. They perhaps do not know the makers are building bungalows after bungalows by churning out such crap shows. I feel why the producers who have loads of money and power cannot make something good. I am happy to see them grow and build new bungalows, but is it not their responsibility to make at least a few good shows that they can feel proud of?

Do you think that streaming media is going to pose a serious threat to television?

Television is already on its deathbed. Budgets for television shows have been slashed. Trust me, TV will become redundant in five years. The way streaming media platforms are expanding their market, television is bound to shut up its shop sooner or later. It’s a do or die situation for television. The makers will have to wake up and smell the coffee. If they do not act now and improve their content quality, nobody can stop their fall. They are making such crap shows I cannot tell you.

Is there no silver lining?

There are some makers who do try to make good shows and stand out from the crowd. For example, Tony Singh and Divya Singh of DJ’s Creative Unit. In 2003, they produced a show called Jassi Jaisi Koi Nahi which kind of revolutionised the entire content landscape on Indian television. People tried to replicate its success but no show could create the kind of impact Jassi… did. The makers reason that they make what the audience likes to watch. I am of the opinion that if you do not make good shows, how can audience’s taste improve. They do not have great shows to choose from.

Streaming media is the way forward, according to you.

The only issue I find with OTT platforms is that they rely two much on flop film actors. They should know for a fact that the audience rejected them in films for a reason. How can their magic work in streaming shows if it failed to do any wonder in films? If they were so talented, why did not their charm work on the silver screen. Actors who failed in films are joining OTT in a big way. Another issue, according to me, is casting directors casting themselves in shows. At times, casting is completely wrong and misfit. A girl who cannot even act was playing a superstar in a high-profile show I watched some time ago.

Is there any actor who really impressed you in a web show?

Pankaj Tripathi and Ali Fazal. Ali Fazal is a powerhouse of talent. He is a very good actor who can give several so-called superstars a run for their money. They cannot even stand before him. He is at that level. That boy has got serious talent. The same goes for Pankaj Tripathi. He is a household name today. He is modern day’s Naseeruddin Shah.

Is television going to take a backseat for you?

No, not at all! My kitchen still runs from RadhaKrishn which I do on Star Bharat. To play the role of Lord Shiva is a privilege. He is the God of Gods.

Let me tell you an interesting story. There was this big-ticket show on Lord Shiva which I had auditioned for. I did not get the part, the other guy who auditioned with me did. Later, I was cast to play Ravan in that very show. I played the part with full honesty. However, I would always think why did not I get to play Shiva? Where did I lack? Later, I realised it was God’s plan that I played Ravan. I changed the way people would normally look at the character of Ravan before. Earlier, there was this perception that Ravan should look like a devil with a paunch and all. I was the first actor to play Ravan who did not look like a proverbial demon. Then they got the idea that good-looking actors can also play a villain like Ravan convincingly. You just have to paste a moustache. After that, I went on to play Shiva in eight television shows. I think it is a privilege to get into that costume. Every time I do it, I thank God that I am doing that role. I will never say no to television.