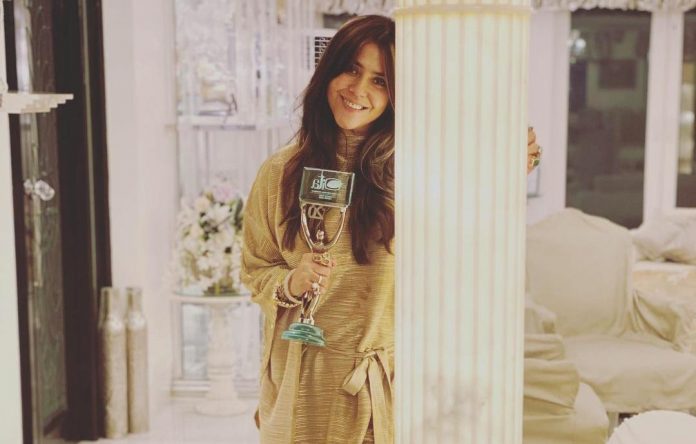 While accepting the award, Kapoor said, “I cannot be taking Hall of Fame Award when I feel if I have just started. This journey, for me, has been interesting. But thank you all the actors, everyone who has been a part of my journey and who thank me and say these wonderful things, but guys, I have just started. I hope to come back 20 years later.”

Kapoor took the opportunity to also thank the Indian Television Academy, her family and friends for being a part of her journey. She took to her Instagram account as well to thank ITA for this award.

Ekta Kapoor turned to production at quite a young age. She produced her first show Padosan in 1995. At the turn of the century, she launched a series of ‘K’ lettered shows such as Kyunki Saas Bhi Kabhi Bahu Thi, Kahaani Ghar Ghar Kii, and Kkusum to name a few, which went on to change the face of Indian television forever.

The huge success of the aforementioned shows helped Kapoor establish herself as the leading producer in the Indian television space, a position that no one could ever dethrone her from. She has won multiple awards and accolades over the years, including the prestigious Padma Shri for her work in the field of arts.

Some on her ongoing shows include Kumkum Bhagya, Kundali Bhagya, Yeh Hai Chahatein, and Pavitra Bhagya to name a few. Apart from shows, she also produces films and streaming shows under Balaji Motion Pictures and ALTBalaji respectively.