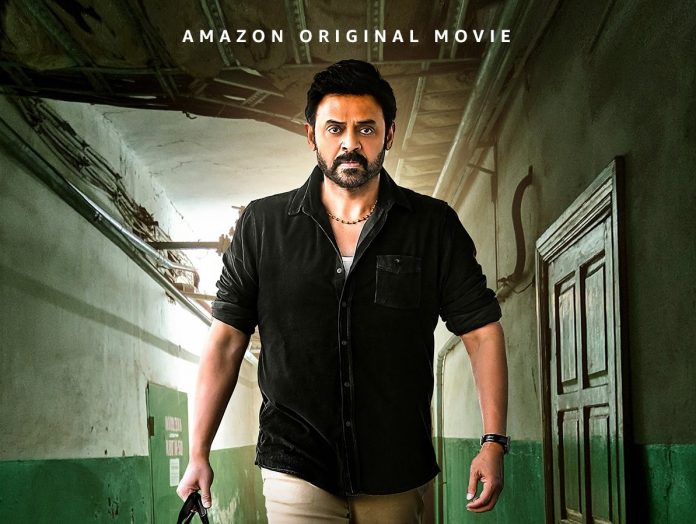 In 2013, a Malayalam film titled Drishyam starring Mohanlal had hit the big screens. The film had received a great response and it was remade in multiple languages like Telugu (Drushyam), Tamil (Papanasam) and Hindi (Drishyam).

Earlier this year, Drishyam 2 (Malayalam) premiered on Amazon Prime Video, and now, it’s Telugu remake Drushyam 2 starring Venkatesh Daggubati in the lead role is all set to release on the streaming platform on 25th November 2021.

The actor took to Twitter to make an announcement about it and share the teaser of the movie. He tweeted, “Will history catch up or slide through the clutches of time once again ? The race is on Tik-tok… Watch #Drushyam2OnPrime, Nov. 25 only on @PrimeVideoIN Right-pointing trianglehttps://youtu.be/7HRTc3nefNE #MeenaSagar #JeetuJoseph @SureshProdns @aashirvadcinema @sripriya @antonypbvr @anuprubens.”

Well, the teaser of Drushyam 2 is interesting and though it looks like a scene to scene remake of Drishyam, it is Daggubati’s performance that stands out here. Jeethu Joseph, who had directed Drishyam 2, has also helmed Drushyam 2. The film also stars Meena, Nadhiya, Naresh, Kruthika, and Esther Anil.

There have been reports of Drushyam 2 being remade in Hindi as well. However, there’s no official announcement about it. Drishyam (Hindi) featured Ajay Devgn, Shriya Saran and Tabu in the lead roles.