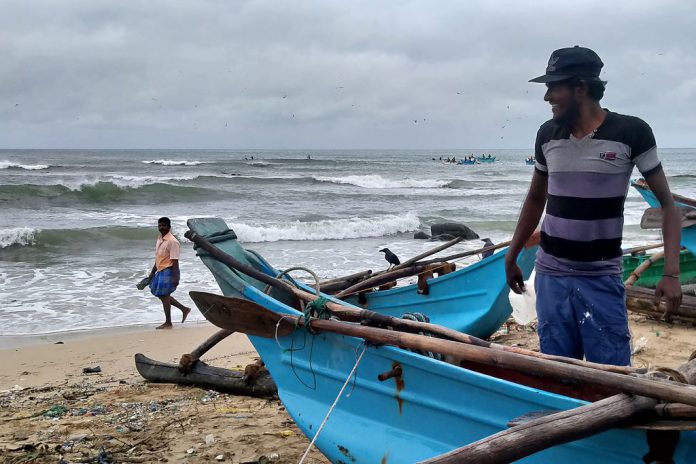 Burevi, the second cyclone in the southern Bay of Bengal in a week, slammed into north-eastern Sri Lanka just before midnight (1830 GMT).

Packing winds up to 100 kilometres (60 miles) an hour, it soaked parts of the country but caused no casualties and less devastation than feared.

“There was rain and strong winds, but the cyclone did not cause any major damage in our area,” said Mangalanath Liyanarachchi, a local reporter in Trincomalee, 260 kilometres (160 miles) from Colombo.

Authorities in Sri Lanka had evacuated more than 75,000 people, most of them from the Trincomalee area, before the Burevi cyclone hit.

Sri Lanka’s Disaster Management Centre (DMC) had issued a red alert and asked fishermen not to venture out to sea. It also ordered the closure of schools along the path of the cyclone for three days.

The India Meteorological Department (IMD) issued a “red” warning to parts of the southern states of Tamil Nadu and Kerala and said the cyclone is expected to hit on Thursday or early on Friday(4). Another tropical cyclone killed at least 23 people in Tamil Nadu last week.

“Very to heavy rainfall is expected in southern Kerala and southern Tamil Nadu,” the IMD said.

India’s weather office said it expects damage to thatched huts, and that power and communication lines could be affected due to breaking tree branches. It also expects the storm to hit paddy crops, banana, papaya trees and orchards.

The warning comes after Burevi’s packing winds of up to 90 kph (56 mph) hit Sri Lanka late on Wednesday but with little fallout.

He added that cyclonic conditions were still prevalent in the north with heavy rains and strong gusts of wind and that naval and fishing communities had been asked not to go out to sea.

Prime minister Narendra Modi tweeted that the central government was ready to provide “all possible support”.

“Praying for the safety and well-being of those staying in affected areas,” Modi said.