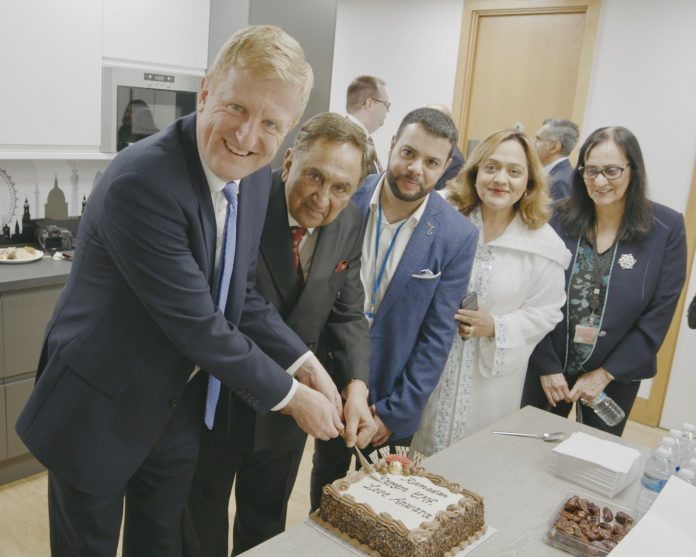 CONSERVATIVES chairman Oliver Dowden MP outlined his party’s commitment to “stamp out Islamophobia from society” and his plans to welcome more Muslims into public life.

At the first-ever iftar reception hosted by the party at its headquarters in London last week, the lawmaker also thanked the Muslim community for its contributions, especially during Ramadan when Muslims donate more than £130m to charities worldwide.

He expressed his commitment to working with the Conservative Muslim Forum which hosted the “historic” iftar.

Forum chairman Hashim Bhatti, who organised the event, said his team was willing to work on the issues that mattered to the Muslim community.

Several other functionaries of the party attended the event, which was marked by Quran recitations from Squadron Leader Imam Ali Omar of the Armed Forces.