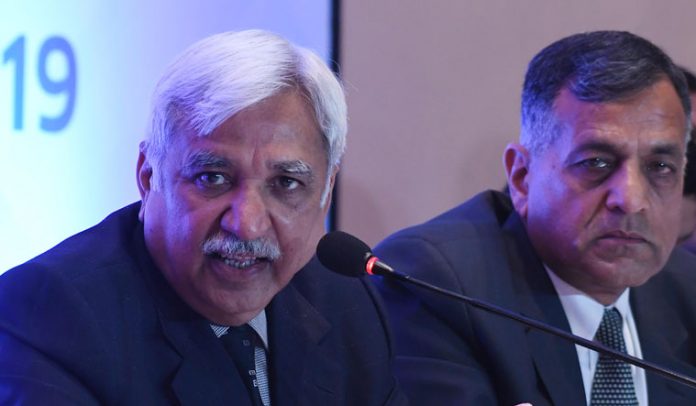 “A constitutional travesty! ECI wants to set a new precedent of ‘dark secrets’ & ‘secluded chambers’ in doing its constitutional duties. If CEC can’t play fair in its functioning, can it play fair in ensuring a free & fair election?” Congress’s chief spokesperson Randeep Surjewala wrote on Twitter.

His comments came a day after the Election Commission (EC) decided not to record the dissents put forward by the members of the “full commission”, overruling Lavasa.

The “full commission” of the panel, comprising Chief Election Commissioner Sunil Arora and two other members—Lavasa and Sushil Chandra—deliberated on the contentious issue, after which the Election Commission said dissent notes and minority views would remain part of the records but would not be part of its orders.

Lavasa had dissented on a series of clean chits given by the Election Commission to Prime Minister Narendra Modi and BJP president Amit Shah on their speeches during the election campaign.

As his demand for recording his dissent notes in Election Commission orders was not met, Lavasa recused himself from cases relating to violations of the Model Code of Conduct.

The counting of votes for the just-concluded, seven-phased Lok Sabha polls will be taken up on Thursday.