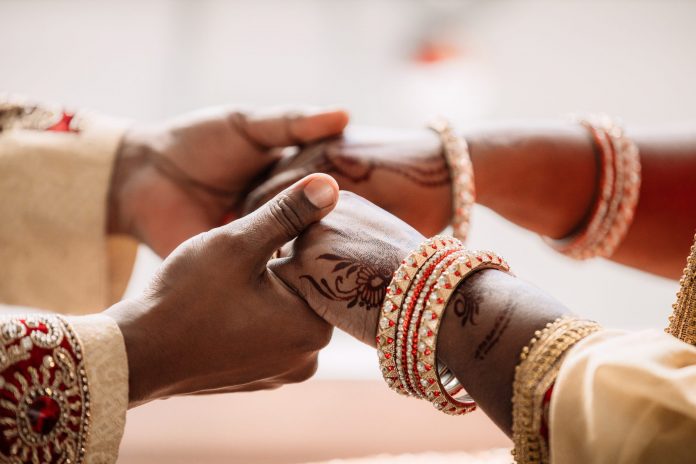 A POLICE force in England received more than 75 calls a day on average relating to domestic abuse over the past eight months. The data emerged as charities cautioned they were at “breaking point” owing to the huge increase in abuse incidents during the pandemic.

West Midlands Police reported that domestic abuse cases rose by 37 per cent in the past year, while the Metropolitan Police also confirmed an increase in London. Their data indicated that since the Covid outbreak in March, offences increased by 7.1 per cent (an extra 4,549 offences between March 9 and November 22).

Claudia Webbe, the Labour MP for Leicester East, described the rise in domestic abuse cases as “horrific”. She has called for urgent government action. “While lockdown measures have been necessary to protect public health, increased time at home is effectively a prison sentence for those locked in abusive relationships,” Webbe told Eastern Eye. “As many cases of domestic abuse go under-reported, the reality of suffering will likely be even higher than these worrying statistics suggest.”

The MP noted a murder that took place in her constituency, where 21 year-old Bhavini Pravin was murdered by her ex-fiancée Jigukumar Sorthi, 23, in March, after she called off their arranged marriage. Sorthi was jailed for life for his brutal attack on Pravin, who suffered fatal wounds to her chest, knee and back.

“The government must provide financial resources for victims to be able to leave unsafe environments,” Webbe said, noting funding cuts which has seen women’s refuges lose £7 million since 2010. “The government must start treating domestic abuse with the urgency it demands.”

Several groups which support victims of honour-based abuse have also predicted a surge in forced marriage cases as families reschedule weddings for next year.

Freedom charity founder Aneeta Prem said, “As soon as people can travel freely again, all those forced marriages will go ahead.” Highlighting awareness and education on the issue have been affected too. Throughout the year, Freedom typically offers assemblies and workshops on forced marriage and honour-based abuse in schools across the UK.

However, the pandemic has meant that the majority of engagements have been cancelled, even though these are regarded as key educational activities to help combat the problem. “We haven’t been able to see more than 5,000 students this year and help them so we are especially worried,” Prem admitted.

Anup Manota, from charity Karma Nirvana, concurred, saying cases of forced marriage had dropped since the outbreak, due to travel restrictions and wedding ceremonies being postponed. “(Restrictions) gave some breathing space for those victims this year, but we are expecting a rise in forced marriage cases next year, when we’ll hopefully see some restrictions being eased,” said Manota, operations manager for the Leeds-based organisation. “We are definitely going to see some bounce back.”

The rise in domestic abuse incidents across the UK during the coronavirus crisis has led to a significant strain on charity services, with Prem admitting that Freedom was at “breaking point”. The organisation has seen a 40 per cent rise in abuse cases since March. The biggest rise came from those aged between 16 and 24 years, and 20 per cent of all callers were male.

“It’s a huge strain, we’re at breaking point,” she said. “We haven’t received a penny (from government) and without additional help, I don’t know how we are going to manage. The calls we’re getting are more harrowing and the people we are speaking to are more desperate than they have ever been.”

Prem heard from one “terrified” schoolgirl whose parents are pressuring her into marriage. Not being able to leave the house had added stress to the situation, the victim said. “She told me she felt hopeless. She needed to get out but there’s nowhere for her to go,” Prem said. “(The victim said) she loves her mum and dad, but why can’t they let her study instead of wanting her married?”

Prem added the increased level of violence in cases may be down to the declining mental health of abusers during the lockdown.

Surwat Sohail, chief executive at Roshni, had similar worries. Last year, the Birmingham-based charity typically dealt with approximately 15 calls from victims per week. Now, the charity receives around 40-50 calls within the same time period. A variety of victims, including those from a professional background, approached them with requests for help, Sohail said.

The charity, which supports ethnic minority communities, hired additional out-reach staff to deal with the spike in demand. “We have seen a huge increase and we are working around the clock,” Sohail told Eastern Eye. She recently received an email from a woman in her 40s who was forced into marriage when she was 18. The victim threatened to end her life, and while the police attempted to locate the woman, Sohail began to liaise with her over email. “From the time I received the email, it took more than two hours and almost 120 messages back and forth to support her,” she said. “That’s just one victim, so you can imagine the level of resources that we require.”

Karma Nirvana has seen a steep rise too. In September 2019, the charity received around 600 calls to the helpline. In September this year, the figure had more than doubled with over 1,300 contacts to the helpline. These latest statistics show a consistent rise across 2020, in comparison to their previous 2018-2019 numbers. They too organised recruitment drives and hired more staff to cope. “We have seen email contacts increase significantly too,” Manota said. “If a victim lives in a house (with their perpetrator), they would not be able to call us.”

Roshni has been receiving some calls for help through social media, too. One victim sent a photograph of themselves covered in blood, Sohail said. “From a data protection point of view, we don’t think it’s safe and we don’t encourage victims to contact us through Facebook,” she said. “But we’ve had desperate people contacting us, who don’t know what else to do.”

Prem agreed the majority of victims had been reaching out to the charity through their app. “If they’re at home all the time, it can make it difficult to reach out for support,” she explained. “(Using the app) is a more secretive way of communicating with the charity so that is why victims are using that method more than any other.”

Charities which help arrange accommodation for those who have suffered domestic violence have reported they are running out of places to house victims. Typically, victims in need would be considered for a place in refuges across the country. However, the increased demand has meant some have had to move into hotels or bed and breakfasts.

Sohail noted the high number of victims requiring accommodation in refuges, with one 16-bed property being filled within a week. Although the charity has not had to turn any victims away, some have been placed in hotel accommodation. Many, especially those with language barriers, are “scared” of being placed in a hotel, she added.

“They’ve never been into a hotel before and some have to room with other guests,” she said. “We’ve had victims call us and say, ‘I can hear somebody shouting in the next room, I’m really scared’. We have had to issue people with phones because they’re too scared. We’re now looking at other properties so we can expand the service and try and accommodate more women.”

During the first lockdown in March, Manota said he had heard of instances where refuges were forced to stop taking in victims due to the outbreak. Some, unfortunately, turned non-English speakers away, as staff members were not trained to support them.

“Some refuges were rejecting those vulnerable victims because they didn’t have a specialist staff member,” he said. “For us, it was more about housing somebody away from an abusive situation, rather than communicating with them – it was as long as it was somewhere safe.”

He added: “That situation was boiling in the background before the pandemic, but I think (the crisis) just accelerated it.”

Vanessa Jardine, the West Midland’s deputy chief constable, said the police were aware of the increase in crimes of domestic abuse during the pandemic. “During the coronavirus pandemic we have not reduced our response to domestic abuse victims,” Jardine said. “We continue to urge people to seek help. We will be there for you when you need us.”

The Met Police commissioner, Cressida Dick, said tackling violent crime was her “top priority”. “Since March we have been very much alive to the potential risk that coronavirus restrictions and lack of contact with others could pose to those in dangerous domestic settings,” she said. “While we saw a reduction in street crimes and violence through the early Covid period, we sadly saw an increase in other criminality including domestic abuse and online child sexual abuse. I would urge anyone who may be at risk of becoming a victim, or has concerns about a colleague, friend, loved one – please call us. We are here for you.”

Lucy Batchelor, Leicestershire Police’s detective chief inspector, also encouraged people to report incidents to them. “Domestic abuse is a force priority and as such we remain dedicated to investigating all received reports,” she told Eastern Eye. “We also continue to work hard to raise awareness of domestic abuse, including working with partner agencies, to provide support and advice so victims feel able to reach out for help. Domestic abuse is unacceptable on every level and no one should think they need to suffer in silence. We are here to help you.”

In response to Eastern Eye, a Home Office spokesperson confirmed the government would be publishing the ‘Tackling Violence Against Women and Girls’ strategy early next year. A survey launched earlier this month asked the public to share knowledge, opinions and experiences of violence against women and girls, to help shape the strategy.

Home secretary Priti Patel said: “I am steadfast in my determination to see more perpetrators brought to justice and all victims and survivors receiving the support they deserve.”

Last Wednesday (16), new data showed there were 2,024 honour-based  abuse-related offences recorded by the police in England and Wales (excluding Greater Manchester Police) in 2019-2020. Of these, there were 140 forced marriage offences.