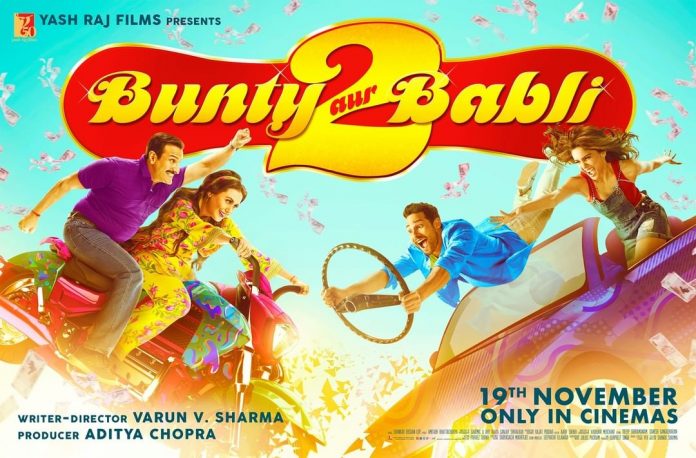 The story of Bunty Aur Babli 2 is written by Aditya Chopra and it’s quite interesting. But, Varun Sharma’s screenplay and narration lack the punch that was required for this sequel.

After such an entertaining first half, we expected the film to get better after the interval. But, we were left disappointed. The second half is quite dull, and apart from a couple scenes featuring Khan and Mukerji there’s nothing that entertains us.

Talking about performances, Rani Mukerji steals the show. She gets the Vimmi/Babli act bang on even after 16 years. Also, she is looking gorgeous in the film. Saif Ali Khan as Bunty/Rakesh is damn good. His performance is perfect and we don’t miss Bachchan at all in the film. While the movie falters a lot in the second half, it is Mukerji and Khan’s performance that makes us sit through it. Also, it’s good to see them together on the big screen after such a long gap.

Siddhant Chaturvedi and Sharvari, both the actors have great screen presence and have given a confident performance. But, in front of seniors like Khan and Mukerji, these new Bunty and Babli get a bit sidelined.

Coming to music, the songs in the film are decent. Dhik Chik and Tattoo Waliye surely grabbed our attention.

Overall, Bunty Aur Babli 2 is an average. If you are a fan of Rani Mukerji or Saif Ali Khan, then you can watch it once.