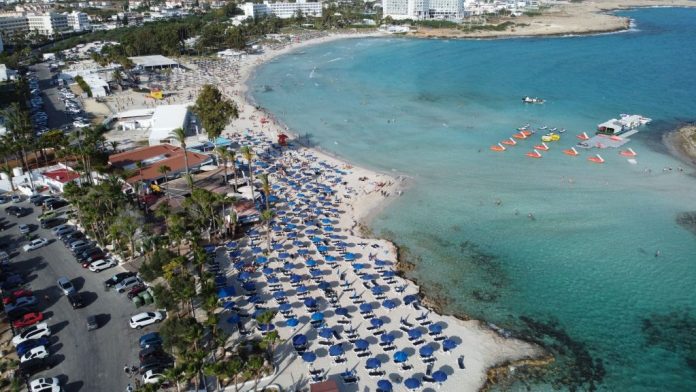 A BRITON has been accused of running down a Swedish woman while he was driving a beach buggy in the Mediterranean resort town of Ayia Napa in Cyprus.

Manraj Singh Sidhu, 25, believed to be high on drugs when the incident took place, is facing seven charges, including death by dangerous driving.

The man, from Shefford in England’s Hertfordshire, was handcuffed and produced in court on Wednesday (11) after about a week of remand.

Police identified the deceased woman as Camilla Christina Pamdahl from Sweden, who was in Cyprus on holiday. She was transported to a general hospital soon after the accident but was pronounced dead.

“The driver of the vehicle, 25 years old, who left the scene of the collision on foot, was later located and arrested on a warrant for his arrest and was taken into custody,” local police said in a statement last week.

Sidhu underwent a breathalyser test which indicated 44 mg of alcohol in his blood, well above the permissible level of 9 mg.

Pamdahl had gone out to buy groceries, leaving her five-year-old daughter with the staff of her hotel playground, when the fatal hit-and-run accident took place.

Sidhu’s rental buggy overtook a stationary car before hitting her on a pedestrian crossing.

He is also accused of having no insurance, dangerous driving endangering the public, leaving the scene of an accident, failing to ensure the damaged buggy was identifiable to other road users, fleeing the scene and not informing police, a Mail Online report said.

Sidhu, who appeared to have suffered an injury in his arm, was provided with a translator when he was produced before the court. But did not not speak.

The judge posted the next hearing to May 19.