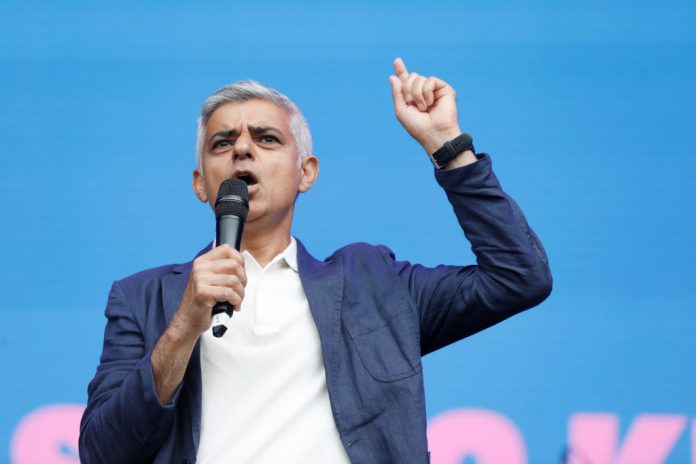 London Mayor Sadiq Khan has urged to take a stand against all forms of hatred, intolerance and extremism amid reports of ‘large-scale unrest’ and ‘serious disorder’ in Leicester following communal clashes over the weekend.

In a series of tweets, Khan said that British Muslims and British Hindus should always be allies, not adversaries.

“Any attempts to drive a wedge between our communities by a small minority should be called out and resisted by all. Now is the time for us to rekindle and strengthen our bonds of solidarity,” Khan, who is of Pakisthani-origin, tweeted on Thursday (22).

He added that everyone in the UK and around the world should have the right to live in peace and to practice their religion without fear or threats.

Disturbances in the city first began in August after an India and Pakistan cricket match, as per the police. On August 28, fans from Hindu and Muslim communities reportedly clashed after India secured a win against Pakistan in the Asia Cup T20 tournament in Dubai.

Trouble flared up after an ‘unplanned protest’ was taken out in Leicester on Saturday (17). On Tuesday (20), over 200 masked men protested outside Durga Bhawan temple on Spon Lane in Smethwick.

According to the mayor, both India and Pakistan are dear to him and hold a special place in his heart.

“My grandparents were from India. My parents from Pakistan. I was born and raised in London and am proud to call Britain my home. But like many Londoners who can trace their family history to different parts of the world, I feel a strong connection with my heritage,” Khan wrote on Twitter.

He described the ‘ugly scenes’ in Leicester and Smethwick over the last week as heart-breaking, adding that British Muslims and British Hindus have far more in common than that which divides them.

“We should be eternally on our guard against extremist forces who seek to stoke up tensions between our communities for their own selfish ends. For a generation, Asian families have lived side by side in the UK as friends and neighbours – not allowing the politics of the sub-continent to spill over here at home or to affect our relationships,” the mayor said.

He further wrote on social media: “We cannot let current or past tensions, and the wider politics of the region, be used as a pretext to break that unity or stir up trouble on our streets. What we have seen in the Midlands in recent days is completely unacceptable, and I wholeheartedly condemn all violence, harassment and intimidation.”

The British Asian mayor also recollected the solidarity he experienced while growing up in London with Asian Hindu and Sikh neighbours, along with Muslim, White and Black Londoners.

According to him, they all stood together against the far-right of the 80s and early 90s.

In the wake of recent clashes, leaders from both the Hindu and Muslim communities have made appeals for peace and calm while calling for engagement.