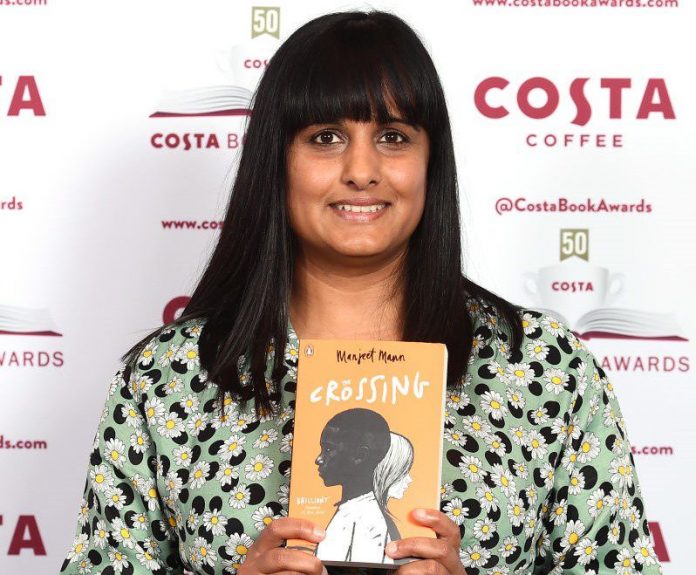 INDIAN-ORIGIN author Manjeet Mann has been shortlisted for the UK’s Yoto Carnegie Medal for her children’s book The Crossing.

Mann, a UK-based author, actress, playwright and screenwriter, has been previously shortlisted for the prize for her debut children’s novel ‘Run, Rebel’.

The Crossing: A tale of a little girl’s friendship with an Eritrean refugee is her second novel and recently won the 2022 Costa Children’s Book Award.

“Absolutely over the moon to have The Crossing shortlisted for the Yoto Carnegie Medal,” said Mann.

“A privilege to see this book amongst such brilliant titles, what amazing company to be in. Congrats to everyone on the shortlist,” she said.

The judges described Mann’s novel as a “poignant story of shared humanity, with the stories of two teenagers – one a refugee and the other grief-stricken – cleverly entwined”.

The seven other books on the 2022 shortlist are October, October by Katya Balen; Guard Your Heart by Sue Divin; When the Sky Falls by Phil Earle; Everyone Dies Famous in a Small Town by Bonnie-Sue Hitchcock; Tsunami Girl by Julian Sedgwick; Cane Warriors by Alex Wheatle; and Punching the Air by Ibi Zoboi and Yusef Salaam.

“On a personal level, having a research interest in the link between children’s literature and empathy, I’m thrilled that our Yoto Carnegie shortlist showcases how friendship can help young people find the strength to navigate a path through challenging times,” said Jennifer Horan, chair of judges for the Yoto Carnegie Greenaway Awards 2022.

There are a further eight shortlisted books for the Yoto Kate Greenaway Medal, a sister prize celebrating illustration in children’s books.

“We’re also delighted to celebrate the power of pictures, not only on the Yoto Kate Greenaway list but in a couple of Carnegie titles too. Many of our shortlisted books remind us that art can help us to communicate and connect with young people when words sometimes fail us,” added Horan.

The winners of both prizes will be announced on June 16 at a ceremony at the British Library and the winners will each receive £500 worth of books to donate to their local library, a specially commissioned golden medal and a £5,000 Colin Mears Award cash prize.

The awards, the UK’s longest-running children’s book awards, are sponsored by Yoto, a screen-free audio platform for children.