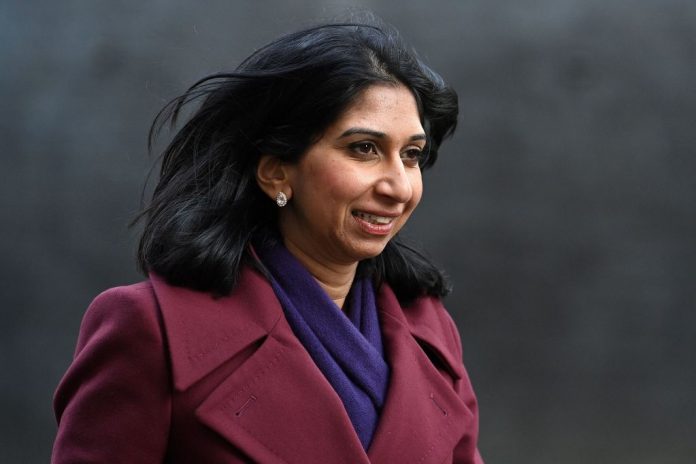 British attorney general has voiced her concerns against the European court of human rights, saying that extricating the UK from the influence of the court should be a ‘national priority’.

Suella Braverman has also urged ministers to take ‘radical action’ to counter the influence of the ECHR, an international convention to protect human rights and political freedoms in Europe.

The court has played an important role in the development and awareness of human rights in Europe.

In June, the UK government introduced legislation allowing it to override rulings by the ECHR after a judge in Strasbourg blocked flights removing asylum seekers to Rwanda.

After the setback, major politicians and public servants in the UK have been criticising the entity.

Braverman argued that democracy is in danger due to the ‘court’s interventionist approach’.

She added that many fringe campaign groups, purporting to champion rights, have adopted an intolerant approach claiming the moral high ground.

“Often with vastly inflated salaries and armed with a Newspeak dictionary, they have created mighty citadels of grievance across the public sector and made huge inroads into the private sector,” she was quoted as saying by the Guardian.

“Equality laws have been misconstrued and weaponised to fight those who challenge their views as perpetrators of hate speech, calling for them to be swiftly no-platformed or cancelled.”

Braverman said that it is possible to withdraw from the ECHR using domestic legislation.

“I think it’s a national priority. It’s something that I was vocal about in my short-lived bid to be the leader of this party. We do have to do whatever it takes, and ultimately we do need to be ready to take radical action because I think the British people expect that,” she pointed out.

According to her, rights groups are abusing the current system by preventing deportations of overseas offenders, allowing human rights considerations in court cases such as one in which four people were acquitted of criminal damage for toppling a statue of the slave trader Edward Colston in Bristol and the approach to trans rights in schools.

Last week, Europe’s human rights court refused a request from the parents of a 12-year-old British boy with brain damage to intervening in a decision to remove life support.