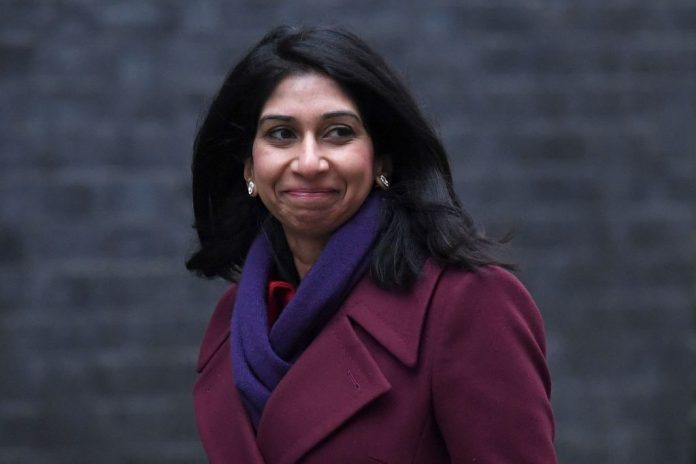 A British Indian Cabinet minister has said that a minority of male politicians “behave like animals”.

“My personal experience, I’ve been an MP for seven years, been in the Conservative Party and in politics for 20 years – on no occasion have I been made to feel uncomfortable and all the men I have worked with have been respectful,” said Braverman.

“There is however a very small minority of men who fall short – and there are some bad apples who are out of order, who behave like animals and are bringing Parliament into disrepute.”

Recently, an anonymous Tory party source accused the deputy leader of the opposition Labour Party, Angela Rayner, of crossing and uncrossing her legs to distract prime minister Boris Johnson in the House of Commons.

It led to Johnson condemning the dubious reference to the 1992 Sharon Stone film ‘Basic Instinct’ as “an appalling load of sexist, misogynist tripe” and threatening action against anyone found to be behind those comments.

Since then, female politicians have been speaking out about other inappropriate behaviour, including a Labour MP being accused of using graphic language when describing a female colleague as the party’s “secret weapon” because women want to be her friend and men want to sleep with her.

“The Labour Party takes all complaints extremely seriously. They are fully investigated in line with our rules and procedures, and any appropriate action is taken,” a Labour Party spokesperson said.

On Wednesday (27), Green Party MP Caroline Lucas cited a report in The Sunday Times in the Commons that said a total of 56 MPs, including three Cabinet ministers, were facing allegations of sexual misconduct after being reported to the Independent Complaints and Grievance Scheme (ICGS).

She asked Boris Johnson whether such behaviour was grounds for dismissal under the ministerial code.

The UK PM replied to confirm that sexual harassment was “of course… grounds for dismissal”.

The current parliamentary complaints scheme, the ICGS, was set up in 2018 following complaints about how claims of sexual harassment by MPs were dealt with.

The new independent procedure removes MPs from the process of judging whether one of their colleagues had breached rules on bullying, harassment or sexual misconduct.

If an MP is suspended for at least 10 days, their constituents can demand a by-election through a recall petition.