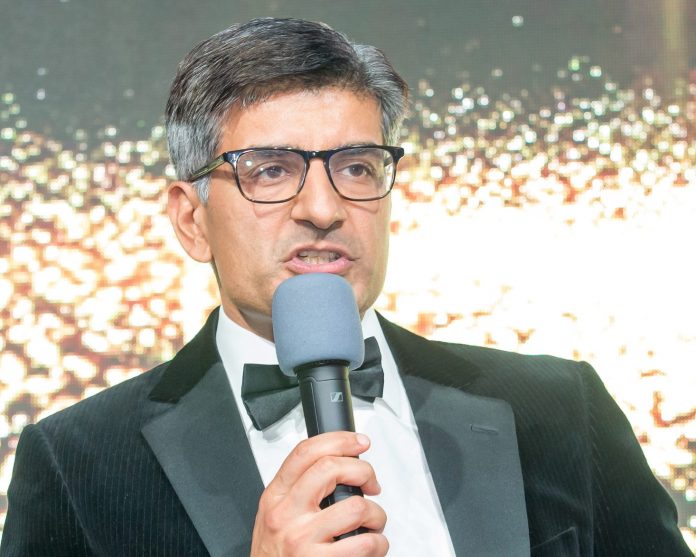 BRITAIN’S billionaire businessman Simon Arora will step down as the CEO and director of B&M after steering the discount retailer for 17 years.

In a filing to the London Stock Exchange, the company announced that Arora will retire in 2023, meaning that B&M has a year to find his successor.

B&M was a regional chain with only 21 stores when it was acquired by Arora and his brother Bobby in December 2004.

It has grown into a group since then, with more than 1,100 stores across the UK and France and is now a constituent of the FTSE100 index. “Over the coming year, Simon will remain fully committed to the business in his role as the chief executive officer, in particular, to assist in a smooth transition to his successor”, the company said.

Both internal and external candidates are considered to succeed Arora, 52, who is credited for having established a “strong, entrepreneurial culture” and building a talented senior management team. “It has been a privilege to lead B&M for 17 years and I am immensely proud of the incredible journey that we have been on. B&M’s value for money proposition remains as relevant and compelling to shoppers today as it has ever been. I would like to thank all 38,000 members of the B&M family for their hard work and commitment both now and as we continue our expansion,” he said.

Bobby, 50, the group’s trading director, will continue in his current role.

Chairman Peter Bamford praised Arora’s contribution to the “remarkable growth of the business from its humble beginnings to where it is today that reflects “his exceptional passion, determination and ability”.

Investors reacted negatively after the announcement of Arora’s retirement plans as the company stock tanked more than six per cent on the bourse last Friday (22) to close at 516.6p.

The discount retailer had emerged as a winner of the pandemic and in January this year, it reported its “best ever” Christmas season sale.

The Aroras – Simon and Bobby together with their other sibling Robin – were ranked sixth in the 2021 edition of the Asian Rich List with a total wealth of £2.4 billion. At the Asian Business Awards in November last year, when the Asian Rich List was launched, Arora described his journey as a “classic, second generational immigrant story.”

Arora told the gathering in central London, “As I reflect on the modest success we’ve had, we’ve taken what I think of the best parts of our parents’ values, but we’ve dismissed those that we see as being a hindrance. What I rejected, and I think work for us was a willingness to delegate, not to have a value that said, ‘our business has to be 100 per cent owned by us’.

“I’ve run B&M as a family business. I’ve owned it 50:50 with private equity, I now run it on behalf of institutional shareholders.”

He added, “If I had stayed true to my parents’ values, I would probably be running a smaller business because there was some risk aversion there was some reluctance to invest in talent around you.

“So, I think you take the best from your culture, but then you, you push back and challenge what you think doesn’t necessarily work for you.”