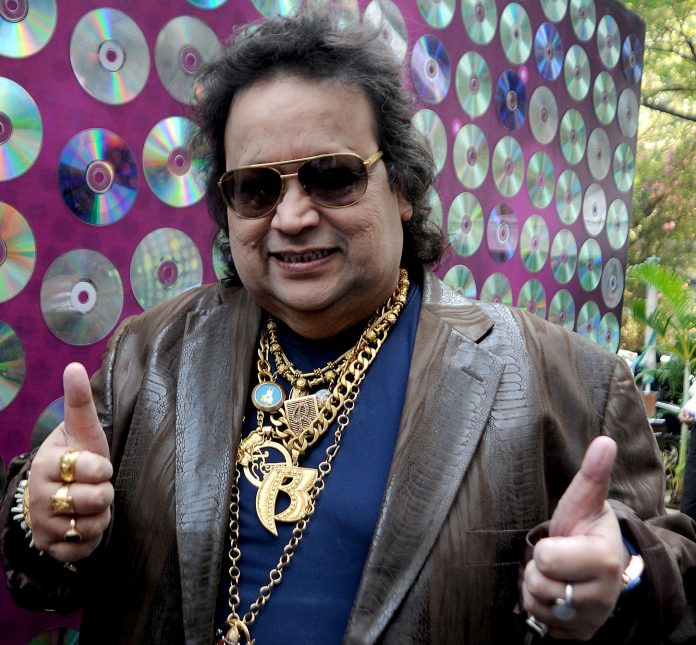 Although tributes poured in from all over the world for him, it is difficult to know where to start when reflecting on his extraordinary life because he was a man of many contradictions.

He was one of the most prolific and successful music directors in Indian cinema history, but never got full credit or ranked right up there with the very best. He was a music prodigy, who learned to play instruments at a very young age and composed some absolute classics but was notorious for plagiarising western tunes in some of his songs. He became a national icon with his incredible body of work, but sadly never received that richly deserved high honour from the Indian government. He was most associated with disco music but did far more than that in many genres and diverse languages. He loved Elvis Presley and did collaborations with international artists, but his heart was firmly rooted in Indian music.

Bappi was born into a very successful musical family but ventured out on his own. The constant in his life from when as a child he learned to play tabla aged three to moving to Mumbai as a 19-year-old to get his big break to thousands of songs he composed right till the very end, was a deep love for music. There is nothing he loved more than being in a studio.

The man affectionately known as Bappi Da was just 20 when he composed the songs for Nanha Shikari (1973), but despite his young age, managed to get all-time greats Asha Bhosle, Mukesh and (his maternal uncle) Kishore Kumar, to sing for him. Another great who spotted his talent early on was Lata Mangeshkar and she sang for his star-making soundtrack Zakhmee (1975), for which he composed music and did playback singing.

The music maestro hit top gear in 1982 with Namak Halaal, which at the time included Bollywood’s longest track Pag Ghungroo Bandh and Disco Dancer, which helped turn Mithun Chakraborty into an icon.

The prolific composer entered the Guinness Book Of World Records for recording over 180 songs for 33 films in 1986. Other landmarks included legendary singer Kishore Kumar recording his last ever song with Bappi Lahiri in 1987, the day before he passed away. He also released private English language albums Moving Away (1986) and Snake Dance (1990), along with collaborating with international names like famous glamour model Samantha Fox and pop icon Boy George. He used a melody from Kaoma song Lambada in his Ghayal song Sochna Kya in 1990, 21 years before Jennifer Lopez used that same sample in her 2011 mega-hit On The Floor.

What made his musical success remarkable is that he didn’t often get major Bollywood banners to hire him. That enabled him to lift up the smaller production houses with his super hit songs, connect with grassroots music fans and support new talent, including pop icon Alisha Chinai. By the 1990s and the turn of the millennium, he wasn’t getting major movies, but that didn’t stop him from working hard on songs and being relevant in global music.

A sample of his song Thoda Resham Lagta Hai from the film Jyoti (1981) was used in American r’n’b song Addictive, which became a global smash hit and inspired many western artists to use Indian music. Pop star M.I.A did her own unique cover version of his Disco Dancer classic Jimmy Jimmy in 2007. In 2016 Bappi delivered a song and voice for the Hindi version of animated Hollywood movie Moana. Cover versions of his songs continued to light up modern day Bollywood films like Badrinath Ki Dulhania (2017) and Baaghi 3 (2020). The musical giant appeared as a judge on a number of reality TV shows that included Sa Re Ga Ma Pa L’il Champs and K For Kishore. He loved life, enjoyed wearing jewellery and regaled those around him with stories of his many musical adventures.

The hard-working musician composed more than 5000 songs in over 500 films in a variety of languages including Hindi, Bengali, Tamil, Telugu, Malayalam, Kannada, Gujarati, Marathi, Punjabi, and Bhojpuri. That will keep him alive in the hearts of music fans. Actress Rani Mukerji summed it up best when she said: “India has again lost one of her precious gems. Bappi uncle is and will always be the most iconic musical personality of Indian cinema. His music was legendary, his versatility as a composer was unmatched, a truly self-made man, a great son to his parents, a wonderful husband and a great dad.”