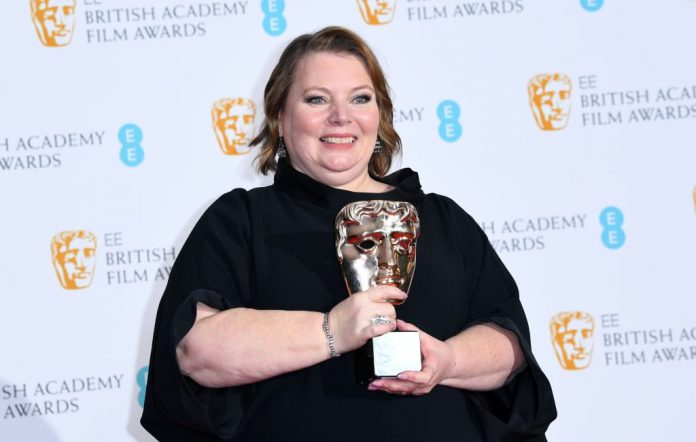 JOANNA SCANLON, who won the best actress award at the BAFTAs for her role in After Love, paid tribute to the film director Aleem Khan and his mother.

Scanlon, 60, plays a widow who discovers her late husband’s secret family in the drama, which she said was made with “blood, sweat and tears”.

“Aleem Khan wrote this film. He directed this film. And I want to say to his mother, his inspiration, Fazia, is my inspiration as well,” Scanlon said in her speech at the ceremony last night (13).

After Love, which was theatrically released in June last year, was inspired by Khan’s mother who met her Pakistani husband in London. She converted to Islam after getting married and followed Muslim traditions.

“This film is made with extreme love … blood sweat and tears. That is what it is like,” Scanlon said from the stage as Khan and his mother watched in the audience at the Royal Albert Hall in central London.

Khan previously admitted that he put his mother in “a fictional scenario and in jeopardy”.

While her life and the plot resemble initially, the film, however, is not autobiographical.

“This film is made with an incredible crew,” the lead actress said and praised the producer, Matthieu de Braconier.

In December last year, Khan won British Independent Film Awards (BIFA) for the direction and screenplay of After Love, which also won the best film award.

Dark Western The Power of the Dog scooped the top two BAFTAs, winning best film and director for Jane Campion, while sci-fi epic Dune picked up the most prizes, including for special effects. The winning team had a shoutout for their office in Mumbai.

The ceremony also saw references to the war in Ukraine. Some nominees wore ribbons and badges in the blue and yellow colours of the Ukrainian flag or spoke about the crisis on the red carpet and the stage.