Home Arts and Culture Ayushmann Khurrana: The actor who redefined the Bollywood hero 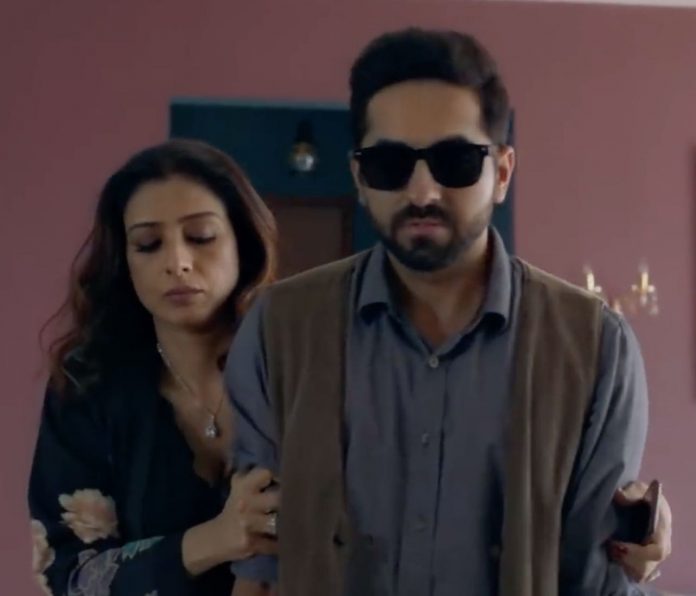 THE past decade has seen Ayushmann Khurrana become an in-demand actor, who has had a transformative effect with game-changing films that have expanded the horizons of Hindi cinema and redefined the Bollywood hero.

The increasingly unpredictable actor headlines this week’s big Bollywood release Anek, which is an action-thriller that sees him team up with director Anubhav Sinha after their phenomenal 2019 film Article 15.

Eastern Eye decided to prepare audiences for Anek by looking back at the TV personality turned Bollywood star’s career and ranking every movie he has been in. From entertaining blockbusters and pathbreakers to commercial failures and ones that deserved more credit, see where your favourite Ayushmann-starrer ranks.

16. Hawaizaada (2015): Although visually beautiful, the actor’s fourth film was perhaps the biggest misfire of his career so far. The aviation drama is inspired by Indian inventor Shivkar Bapuji Talpade, who claimed to have constructed the first aircraft to take flight in 1895. No proven historic account it happened made this slow-moving film a pointless effort.

15. Bewakoofiyaan (2014): The actor stars opposite Sonam Kapoor in his third film with an interesting concept that was unable to translate into an entertaining story and, ultimately, became a box office failure. He plays a struggling man, who will do what it takes to win over the disapproving father of the woman he loves, in a formula-driven film that doesn’t get out of second gear.

14. Meri Pyaari Bindu (2017): The actor has attempted out-of-the-box subjects, but a few haven’t worked, and this sixth movie was a prime example. He starred opposite Parineeti Chopra in the story of a man who can’t get over his childhood sweetheart. It didn’t really click with audiences and the only real saving grace of his sixth film was a winning soundtrack.

13. Nautanki Saala! (2012): The actor’s second film didn’t get the credit it perhaps deserved and underperformed at the box office. The comedy-drama based on hit 2003 French film Apres Vous revolves around an actor who tries to reunite a suicidal man with the woman he loves but falls for her. There is clever comedy and a great soundtrack in a film that doesn’t quite meet up to its potential.

12. Shubh Mangal Zyada Saavdhan (2020): The actor’s 14th film was a spiritual sequel to Shubh Mangal Saavdhaan (2017) but didn’t do the expected business despite having a unique concept. The story of a gay man and his partner trying to win over their parents had plenty of flaws, but generally received positive reviews. It has good performances from a standout cast and was another boundary-breaking movie.

11. Gulabo Sitabo (2020): Ayushmann’s 15th film was one of the first to get a direct-to-digital release when the Covid-19 pandemic hit the world. Ayushmann stars opposite Amitabh Bachchan in an engaging story of a stingy old man and tenant living in a crumbling mansion. The comedy-drama received solid reviews but didn’t have the commercial value of his other entertainers.

10. Shubh Mangal Saavdhaan (2017): This was another taboo-busting film which saw Ayushmann take the traditional Bollywood hero out of his comfort zone. He plays an engaged man trying to cope with erectile dysfunction and suddenly questioning his decision to marry. The actor’s eighth film was praised for its unique storyline and perhaps deserved more credit than it has received.

9. Chandigarh Kare Aashiqui (2021): One of the most ground-breaking commercial Bollywood films ever saw Ayushmann play a tough Punjabi bodybuilder, who falls in love with a beautiful woman and finds out she is a trans-woman. His 16th film received great reviews but didn’t do the expected business and remains a unique offering that divided audiences.

8. Bala (2019): The satirical black comedy revolves around a man who conceals his baldness to impress a woman. The film that also tackles colourism received mixed reviews but was ultimately a big box office success. His 13th film gave the actor another unique role.

7. Bareilly Ki Barfi (2017): The actor’s seventh film won multiple awards and was a huge box office hit. He stars alongside Kriti Sanon and Rajkummar Rao in the engaging love triangle about a woman who falls for a writer and mistakes someone else for him. The laughter-filled film high on entertainment value includes a winning soundtrack.

6. Vicky Donor (2012): The actor made his Bollywood debut in the multi-award-winning romantic comedy that broke rules and still became a big success. He plays a sperm donor who becomes wealthy, but soon finds his unusual occupation coming back to haunt him when he falls in love. The story skilfully deals with an important social subject, without losing entertainment value and paved the way for similar such films.

5. Dream Girl (2019): For his 12th movie, the actor delivered one of the most unique protagonists in Hindi film history. He plays a struggling actor who pretends to be a woman after getting work at a premium phone line. It isn’t long before unwitting men calling in for companionship start falling in love with who they think is a woman. It was one of the highest-grossing and most profitable movie of that year.

4. Badhaai Ho (2018): The actor’s 10th movie gifted audiences another unique storyline and was a monster hit. He plays a young man who is horrified to discover his middle-aged mother has become pregnant and must cope with the fall-out. The intelligently written comedy received multiple well-deserved awards and spawned spiritual sequel Badhaai Do (2022).

3. Dum Laga Ke Haisha (2015): The romantic comedy received rave reviews right across the board and was the biggest sleeper hit of that year. The story of a man who finds it hard to cope after having an arranged marriage to an overweight woman carved out a unique space for the actor in Indian cinema. His fifth film includes a standout performance from Bhumi Pednekar.

2. Article 15 (2019): The actor’s phenomenal 11th movie was arguably the best Bollywood release of that year and enabled him to show a serious side to his impressive acting ability. The critically acclaimed neo-noir crime drama revolving around a newly appointed police detective, who investigates the disappearance of three girls from a small village, told a gripping story and highlighted an important social cause.

1. Andhadhun (2018): There is a reason why this black comedy crime thriller has been remade in different languages and arguably been Ayushmann’s biggest success. His ninth film as an actor saw him hit top gear in the story of a piano player pretending to be blind, who gets caught up in a murder investigation. The landmark movie won multiple awards and remains the actor’s best yet.