Home Enterainmnet stories ‘At drama school I was told to work on my Indian accent,”... 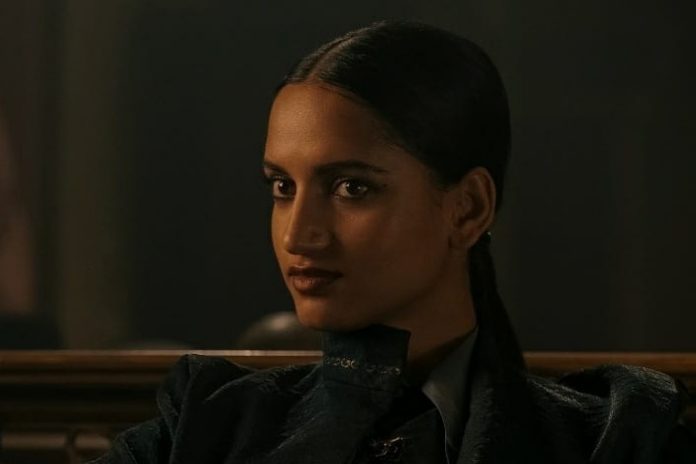 The new fantasy series Shadow and Bone, which premiered on Friday on Netflix, has been garnering a lot of attention and critical praise from various quarters. Almost everyone who has watched it has positive things to say about the adaptation of Leigh Bardugo’s bestselling Grisha trilogy and the Six of Crows duology book.

Set in an astoundingly amazing fantasy world, Shadow and Bone has a host of compelling characters that make it thoroughly engrossing from the word go. One character that truly stands out is Inej Ghafa, played by actor Amita Suman.

Suman has been receiving excellent reviews for the show and her powerful performance in it. But in her latest interview with Radio Times, the 23-year-old actor says that it is the kind of role people of colour usually do not have access to.

Working on a show like Shadow and Bone comes with its own challenges. “I did get a scar. I had my first Inej scar that I am very proud of. And I had a bit of a swollen foot for about three weeks,” shares Suman.

In the series, Anita Suman plays a skilled acrobat who works with criminal mastermind Kaz Brekker. Her role requires her to scale tall buildings and battle armed warriors. The actress says that playing the part in the series was worth a few cuts and bruises.

“It was a challenge, but it was a challenge that I enjoyed so, so much, because I just was not fit before I started,” she tells Radio Times, adding, “And by the time I finished, the things I could do with my body, it was just absolutely incredible.”

Despite all injuries and pain that went into the making of Inej Ghafa, Suman still cannot believe she notched up a prominent part in such a high-profile show. “You do not see people of my colour – and all other colours – in a leading role, doing such a unique part,” she says.

After landing in the UK at the tender age of seven from her birthplace Nepal, Suman attended the Academy of Live and Recorded Arts. Trying to adjust in a new environment, she received some distasteful advice which, thankfully, did not bog her spirit down. Instead, it stiffened her resolve to succeed and find her own path through the industry.

“When I was at drama school, when I was growing up as an actress, people always said, ‘You need to get your Indian accent down. You are going to be getting the stereotypical roles.’” she shares. “So much of what actors do, and the parts that we’re given, is out of our control. It is really down to the writers and the producers, and people having this vision of expanding their closed circle.”

After playing brief characters in such shows as Casualty and Ackley Bridge, Suman landed her first prominent role after in Jodie Whittaker’s first series of Doctor Who, wherein she portrayed the character Umbreen (a younger version of lead character Yaz’s grandmother) in the well-received episode Demons of the Punjab.

“Even though it was in Doctor Who and it was in sci-fi, I think it was a really beautiful episode. And it was my first experience of die-hard fans. It was great. It was definitely nerve-wracking and a new experience, but it was just really wonderful to see that the story spoke to a lot of people,” she says.

More parts followed, which helped Amita Suman put her acting prowess on display. Her each character helped her graduate to bigger parts and today she is basking in the rousing success of Netflix’s Shadow and Bone.

Shadow and Bone is currently streaming on Netflix.