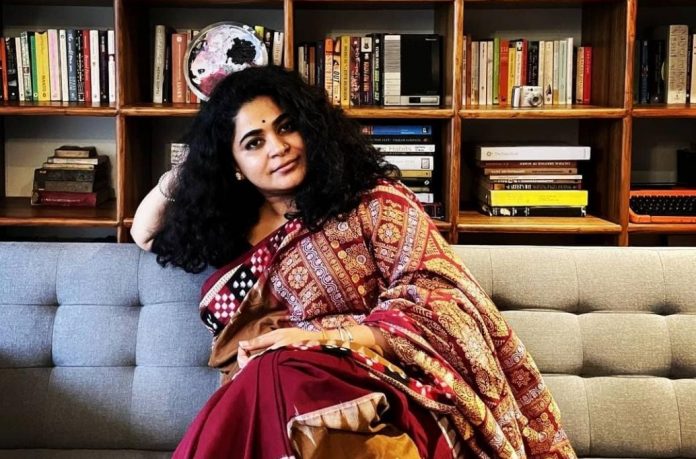 Well-known Bollywood filmmaker Ashwiny Iyer Tiwari, whose directorial credits include such memorable films as Nil Battey Sannata (2016), Bareilly Ki Barfi (2017), and Panga (2020), is now set to make her digital debut with the upcoming streaming show Faadu. The project has gone before the camera and the filmmaker took to social media to share an update on the same.

On Sunday, Iyer Tiwari uploaded three pictures on her Instagram handle where she is seen posing with her crew members and also put up a picture of the clapper which showed that the first take of the first scene was set up. She shared a heartfelt note as she began filming her debut digital show.

“Glad to be working with @reddigitalcinema for the first time with @zeisscameralensesindia. Amazed with the details this sensitive beauty captures the colours and deep focus on faces even in extreme low light. Looking forward to explore more. Thank-you @anupk15 for patiently answering my curious mind, and discussing the magic of images in cinema in depth. Looking forward for this joyous learning ‘directorial’ journey,” read her post.

Talking about what drew her towards Faadu, the filmmaker had earlier said, “I wanted to tell a unique story that will challenge my brain, allow me to dive deeper into building new dimension of characters, paving a new grammar of storytelling for a new age audience. I am looking forward to debut with SonyLIV who are always finding innovative ways to set world class benchmark for themselves and the creators. We have shared similar passion and excitement over the years when it comes to the stories we want to say, and taking a similar journey forward, this unconventional screenplay and long format medium will surely make me learn, think on my toes and hopefully stir hearts with its relatable concept.”

Faadu will be produced by Studio Next for SonyLIV.