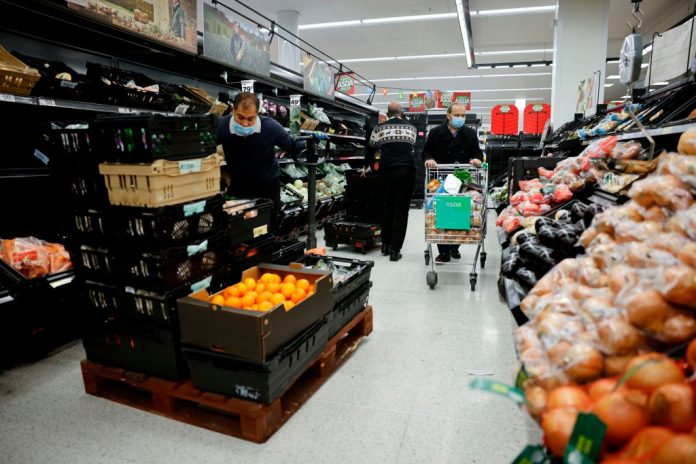 British plans to revive the traditional system of imperial measurements including pounds and ounces are “complete and utter nonsense” at an intensely difficult time for industry, a leading retail boss has said.

Prime Minister Boris Johnson’s government has proposed changing the law on weights and other measurements in what it says will be a post-Brexit benefit to give companies greater choice over the way they sell their products.

But the move has angered businesses that are grappling with soaring costs and provoked criticism that the government would rather trade in nostalgia than find solutions to the modern-day problems that are threatening living standards for millions.

“I’ve never heard such nonsense in my life,” Stuart Rose, a veteran retail executive and the chairman of supermarket Asda, told Times Radio. “We have got serious problems in the world and we’re now saying let’s go backwards?”

A consultation will consider whether vegetables should be sold in pounds only, or in pounds with a less prominent metric equivalent, although the government says businesses will not be forced to do so, meaning there will be no additional costs.

“While we think of our fruit and veg by the pound, the legacy of EU rules means we legally have to sell them by the kilo,” business minister Paul Scully said.

Britain is reviewing thousands of rules after it left the European Union in 2020.

While the bloc normally requires members to use the metric system, it allowed Britain, while a member, to use some imperial units alongside metric units. Speed limits are set in miles per hour and milk and beer are sold in pints, but most other products such as sugar are sold in grams and kilograms.

Inflation reached a 40-year peak of 9% in April and is projected to rise further, while government forecasts last month showed living standards were set to see their biggest fall since records began in the late 1950s.