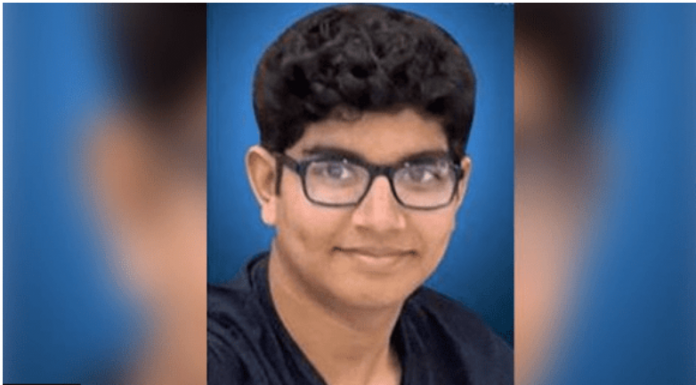 The devastated family of a 13-year-old boy who drowned while cooling off in a river in Wales have released a moving tribute in his memory.

Aryan Ghoniya was reported missing in the River Taff in Cardiff on Tuesday and an extensive search was carried out by local police, fire, ambulance, coastguard and the police helicopter.

South Wales Police said that by the time he was located, emergency services were unable to resuscitate him.

“The family is devastated by the tragic loss of Aryan Ghoniya, beloved son of Jitendra and Hina Ghoniya and caring brother to Naviya Ghoniya but we are touched by the way the community, Danescourt Primary School, Radyr Comprehensive School, both of which he loved, and the emergency services including the police have been supporting us,” the family said in a statement released through police on Wednesday.

“Aryan was our ‘Little Professor’, brilliant at maths, an all-rounder academically. He was very loving with warm personality and loved by all who knew him. There will never be a day when we will not miss him, and he will remain in our hearts forever,” the statement said.

South Wales Police said that by the time he was located, emergency services were unable to resuscitate him.

Flowers, balloons and messages have been left on the riverbank by the teenager’s friends.

Whitchurch and Tongwynlais’ joint Labour councillors page shared its own tribute to Aryan.

They said: “Our hearts go out to the family and friends of the 13-year-old boy who has died.”

“It is clear there was a rapid and significant response from emergency services and we await further detail.”

The police said that the coroner has been informed and an investigation into the circumstances of the incident remains ongoing.