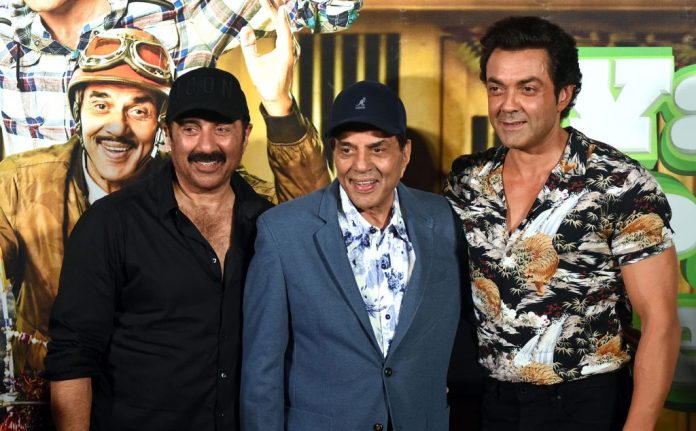 Last year, a sequel to 2007 release Apne was announced. The first instalment featured Dharmendra, Sunny Deol, and Bobby Deol, and in the sequel Karan Deol will be joining them. So, we will get to watch three generations of the Deols in the movie.

Apne 2 was scheduled to start rolling earlier this year, and was slated to release on Diwali 2021. However, the film got delayed due to pandemic, and now, the makers have revealed that Apne 2 will start rolling in March 2022.

Producer Deepak Mukut said, “The film has to be shot across London. Since things have only now begun to open up the world over, director Anil Sharma and I thought it would be best to push the project by a few months, and shoot when the situation is more conducive. Another factor influencing this decision was Karan’s prep for the movie; he has to be trained in boxing. However, the US-based boxer, who was roped in for his training, has been unable to fly down to India.”

Director Anil Sharma added, “The film has now been pushed. We will start shooting by March 2022 and are truly excited for it.”

Apne starred Shilpa Shetty and Katrina Kaif as the female leads. A few months ago, Shilpa had clarified that she won’t be able to be a part of Apne 2 due to date issues. So, now, let’s wait and watch if Katrina will return to the franchise and which other actress will be roped in for the movie.