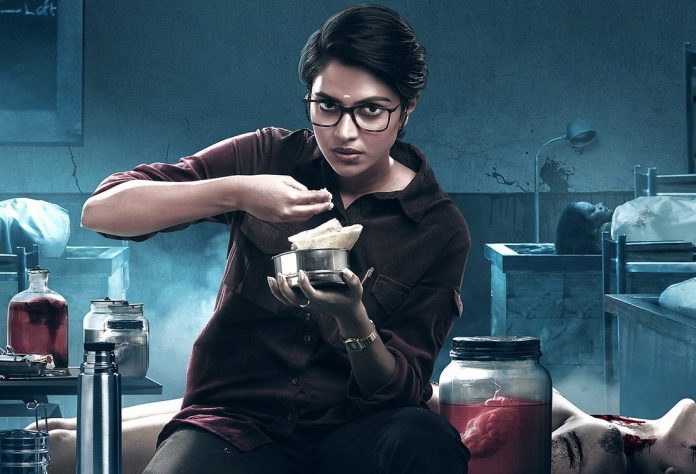 Amala Paul is known for her movies like Mynaa, Vettai, Thalaivaa, Velaiyilla Pattathari, Ratsasan, Aadai, and others. The actress on Tuesday (26) announced that she is turning a producer with a movie titled Cadaver.

Paul tweeted, “I’ve been in the industry as an actress for 12 years,144 months, and 4380 days. It’s been such an enriching and rewarding 12 years I’ve now grown wings to venture into a new line of work. I’m starting my very own production house @AmalaPaulProd.”

She further wrote, “It goes without saying, I can bank on each and everyone one of you to support me with this venture. Taking baby steps into this new vertical with Cadaver; A forensic thriller with a police surgeon as the investigating officer.”

Well, Akshay Kumar shared the motion poster of the movie and sent his best wishes to Paul. He wrote, “One of my all time favourite genres…this thriller definitely looks thrilling! Sending my best wishes to @Amala_ams on her birthday and for her maiden production #Cadaver. Looking forward to it. @AmalaPaulProd.”

Replying to Kumar, Paul wrote, “OMG b’day just got much much much better. Saying I’m a fan of @akshaykumar Sir’s craft would be an understatement.His dedication to fitness & wholesome outlook for life motivates me to be better. It’s an absolute privilege to be a part of his kindness.Thank you, Sir.”

Cadaver is a forensic thriller, and it will be directed by Anoop S Panicker.