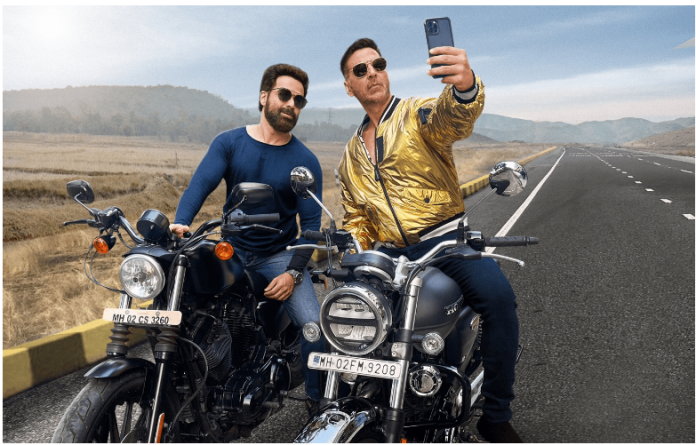 Bollywood superstar Akshay Kumar has a number of exciting projects at various stages of development, one of them being Dharma Productions’ Selfiee, which also features Emraan Hashmi in the lead role.

Sharing more details, a source in the know informs an entertainment publication, “The film is made on a very limited budget, ensuring backend profits for all stakeholders from just the pre-release deals. It’s an interesting structure that has been curated for Selfiee. Karan Johar and Akshay Kumar decided on signing an open-ended contract with their digital platform, Disney+ Hotstar.”

The source goes on to add, “Basically, the team has locked two deals with the platform – one being direct-to-digital premiere followed by a television premiere for a handsome amount, and second being, a four-week gap between theatrical and digital release. A final call on the mode of release will be taken on seeing the final print of Selfiee.”

Disney+ Hotstar was announced as the digital partner for Selfiee at the time of its inception. The dramedy, being directed by Raj Mehta of Good Newwz (2019) fame, is the official remake of the successful 2019 Malayalam film, Driving Licence. It also stars Diana Penty and Nushrratt Bharuccha in lead roles.