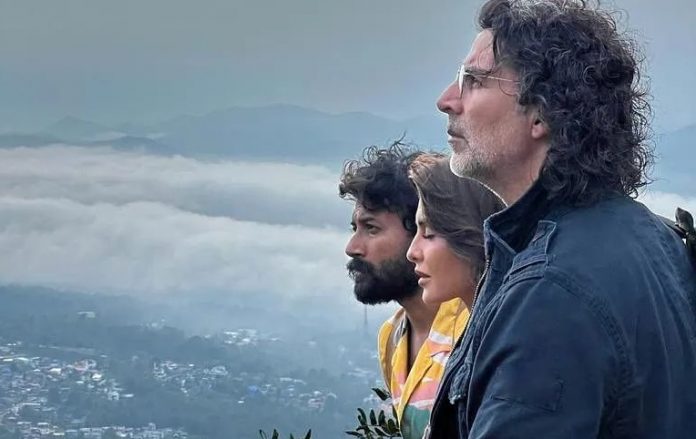 Akshay Kumar, one of the busiest actors in Bollywood, has called it a wrap on yet another project. The superstar has finished filming his much-anticipated film Ram Setu, which began production in March 2021.

Kumar, who has a slew of exciting projects on his platter across genres, is quite thrilled about Ram Setu. Calling it one of his most special films, the actor had tweeted on the first day of its shoot, “The journey of making one of the most special films for me begins today. Ram Setu shooting begins! Playing an archaeologist in the film. Would love to hear your thoughts on the look? It always matters to me.”

And now that he has wrapped up shooting today, he took to social media again to announce the completion of the film. The superstar shared a video where he gave his fans a glimpse of his ‘vaanar sena’ as he called it a wrap.

He wrote in the caption, “Here’s to the wrap of yet another amazing project Ram Setu. I learned so much during the making of this film, it was like going to school all over again. बड़ी मेहनत की है हम सबने, अब बस आप का प्यार चाहिए!”

In the video, Kumar is seen dressed as his character in the film. He looks impressive sporting long hair, a white beard, and spectacles. Next in the video, he is seen cutting a cake along with his co-star Jacqueline Fernandez and his entire team as they call it a wrap on the film.

Directed by Abhishek Sharma, Ram Setu also features Jacqueline Fernandez and Nushrratt Bharuccha in important roles. While Fernandez has previously worked with Kumar, Bharuccha will share the screen space with the superstar for the first time.

Stay tuned to this space for more exciting updates!