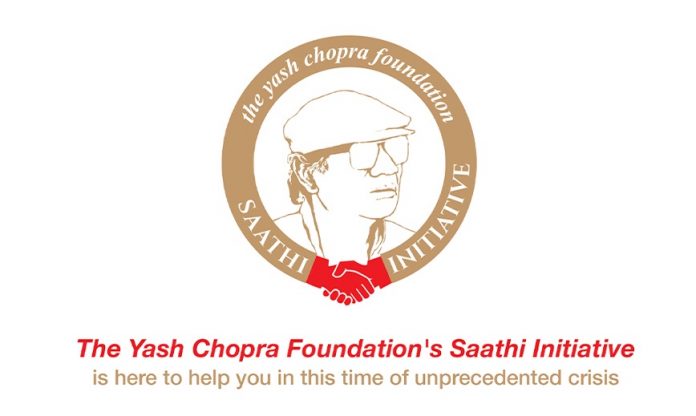 A few days ago, it was announced that the head-honcho of Yash Raj Films, Aditya Chopra, has decided to sponsor 30,000 vaccines for members of the Federation of Western India Cine Employees (FWICE). Now, he has launched Yash Chopra Saathi Initiative to support the film industry’s daily wage earners during the pandemic.

Yash Raj Films took to Twitter to make an announcement about the initiative. They tweeted, “The Yash Chopra Foundation through its ‘Saathi Initiative’ is reaching out to the members of the Hindi Film Industry Union to offer support in these testing times. Members can apply through our website here: http://yashchoprafoundation.org.”

Akshaye Widhani, Senior Vice President, Yash Raj Films stated, “The Yash Chopra Foundation is committed to constantly and relentlessly being a support system to the Hindi film industry and its workers who have been an integral part of our 50 year journey. The pandemic has pushed the backbone of our industry, the daily workers, to a breaking point and YRF wants to support as many workers and their families who are in need due to the loss of livelihood. Yash Chopra Saathi Initiative is aiming to provide support to the pandemic hit workers of our industry who we urgently need to focus on.”

Many Bollywood celebs like Sonu Sood, Bhumi Pednekar, and others have been doing their best to help citizens of India in this difficult time. And now, it is good to see that even production houses have stepped forward to help others during this pandemic.