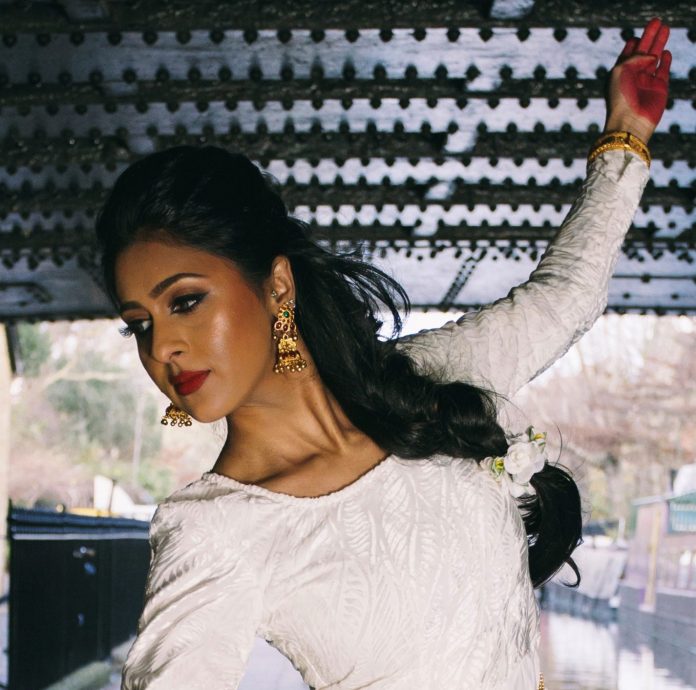 ACCLAIMED dance production Sevens has recommenced a UK tour that it began at the end of 2021 with eye-catching performances.

The three-part dance and music based on the sacred, sometimes sinful, significance of the number seven features top talents including Abirami Eswar. The Kathak maestro, trained by Padmashri Pratap Pawar MBE, specialises in the Lucknow style, which emphasises grace along with speed and complexity.

She is happy to be a part of Sevens and discussed the show with Eastern Eye, along
with her close connection to dance.

What first connected you to dance?
Having been raised in Chennai, Tamil Nadu – the hub of Carnatic music and Bharatanatyam – I was exposed to live music and dance from a young age. Watching these performances is what triggered my interest.

How would you describe your dance journey?
In short, it’s like a marathon. I’ve had my share of trials and successes, but through this process, I’ve learnt that falling hard a few times is important to figure out exactly where you stand to push yourself creatively. My experience has moulded me to be strong and face challenges head on. I stand with gratitude that without my previous experiences, I will not be where I am today, but the journey continues.

What has the response to the show been like?
It’s been moving to hear encouraging and refreshing reviews from audiences of all ages. Some have even made an effort to travel and watch the show again in different venues. That should say something about the impact the show has made. One of the sins, Lust, has been a steady audience favourite and a complete eyebrow raiser.

What is your favourite moment in the show?
It’s difficult for me to pick a favourite moment but the first half, Seven Snags, is my favourite because it leaves me breathless by the end of it. It’s the nonstop dancing – if you blink, you’re out.

Who are you hoping connects with Sevens?
Sevens will resonate with everyone. Every audience member will have a moment or several instances when they connect deeply to the show. I remember one person telling me, ‘Ah, I wish I could freeze certain parts of the show to re-watch’.

What is performing live again after lockdown like?
I remember getting emotional seeing the stage when I performed for the first time following the onset of the pandemic. It feels surreal to be able to finally step on the stage and feel that powerful energy yet again. And most importantly, bounce off the incredible energy from the audience. It feels like I’m home.

Who is your dance hero?
To be honest, my dance heroes keep changing with time. I find it inspiring when a dancer thinks outside the box and decides to explore the challenge despite any criticism that may come their way.

According to you, what is the secret of a great dance performance?
It is the time and effort put behind the scenes during rehearsals. It’s also one’s ability to transform into character on stage.

What do you love most about Kathak?
Apart from the grace, speed, and complexity, it’s the subtle realistic expressions and arresting poses that end a breathtaking composition in a moment of stillness that I love the most.

Why should we watch Sevens?
It’s a daring show that you will not forget for a long time. It will be a live dance and music treat for those watching it after the pandemic. Imagine your friend going on and on about how amazing the show was while you could have watched it first-hand, so get booking now.