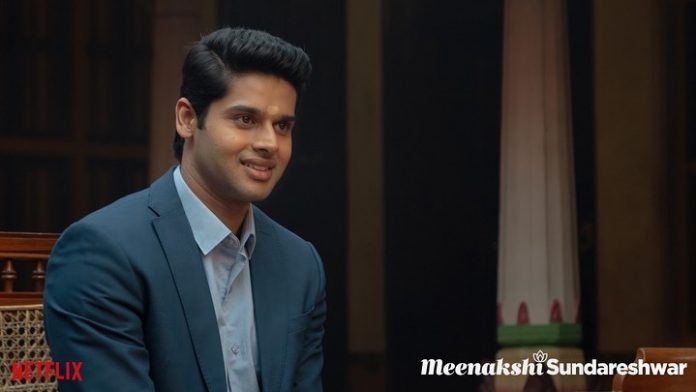 Abhimanyu Dassani made his acting debut with Vasan Bala’s Mard Ko Dard Nahi Hota (2018). The film did not set the cash registers jingling, but the debutant did receive positive response for his excellent performance in it. The actor is now busy promoting his second outing Meenakshi Sundareshwar.

Also starring Sanya Malhotra in the lead role, Meenakshi Sundareshwar is a romantic comedy which begins where most romantic dramas end — at the wedding altar. Dassani says that such stories are relatable and “most people enjoy watching them”. “Since we go through similar situations at some point in our lives, they are relatable, real and entertaining. Rom-coms spread positivity and love,” he says.

Directed by Vivek Soni for Karan Johar’s Dharmatic Entertainment, Meenakshi Sundareshwar tells the story of a newly-wedded south Indian couple who find themselves navigating a long-distance marriage. After the makers dropped the trailer online, a section of netizens called out the film for stereotyping Tamilians. Reacting to that, Dassani says, “Our intention behind this film is pure; we want to bring a relatable story to the audience. We don’t want to insult anyone at any point. (When people watch the film, they will realise it’s a sweet love story that could happen anywhere in the world, and they can relate to it regardless (of its setting).”

“The detailed writing helped us feel what the characters would go through. How people perceive the emotions is subjective, but I hope our characters resonate deeply with the audience,” he concludes.