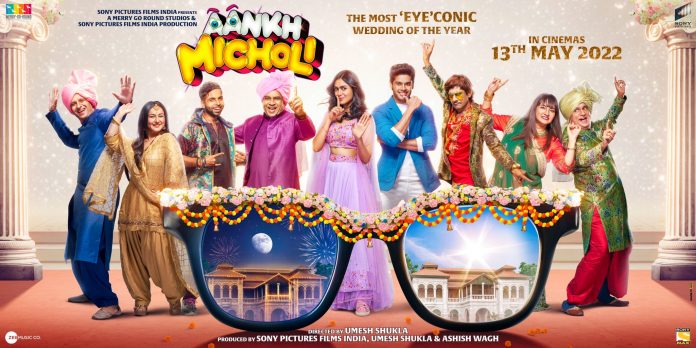 Umesh Shukla’s Aankh Micholi stars Abhimanyu Dassani, Mrunal Thakur, Paresh Rawal, Sharman Joshi, Divya Dutta and Abhishek Banerjee. The movie was originally slated to release on Diwali 2020, but due to the pandemic it was postponed.

Aankh Micholi is a comedy film, and Shukla is known for directing comedies like Oh My God, All Is Well, and 102 Not Out. The movie is produced by Shukla, Sony Pictures Films India and Ashish Wagh.

Talking about other movies of Thakur, the actress will be seen in films like Jersey, Hanu Raghavapudi’s Telugu film, Pippa and Thadam Hindi remake. She was recently seen in Dhamaka in which she had a special appearance, and impressed everyone with her performance.

Meanwhile, Dassani was recently seen in Meenakshi Sundareshwar, and apart from Aankh Micholi, he will be seen in Nikamma which also stars Shilpa Shetty and Shirley Setia in the lead roles. A few days ago, while talking to us Dassani had confirmed that Aankh Micholi and Nikamma will have a theatrical release.