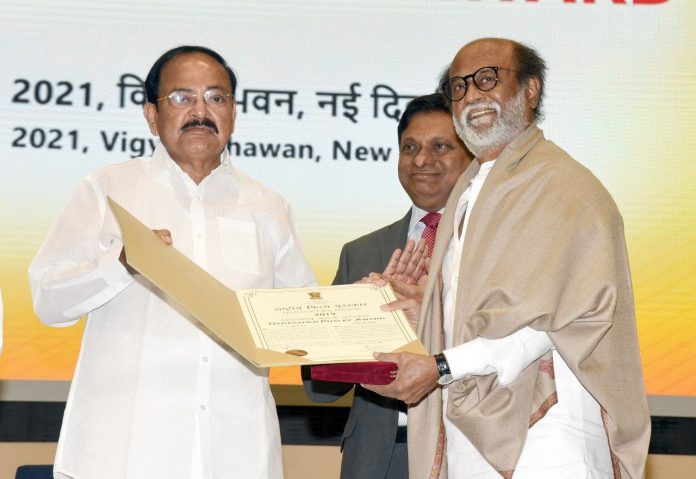 At the 67th National Film Awards event held on Monday in New Delhi, Vice President of India M Venkaiah Naidu honoured Tamil Superstar Rajinikanth with 51th Dadasaheb Phalke Award. The event is organised by the Directorate of Film Festivals, which comes under the Ministry of Information and Broadcasting.

Rajinikanth, whose acting career spans four decades, was conferred with the most prestigious award in the field of cinema in India. Apart from Tamil, the superstar has done several notable films in Hindi, Telugu, Kannada, and Malayalam.

Here is the complete list of all the winners:

Best Films in Each Language:

Best Ethnographic Film: Charan-Atva The Essence of Being a Nomad (Gujarati)