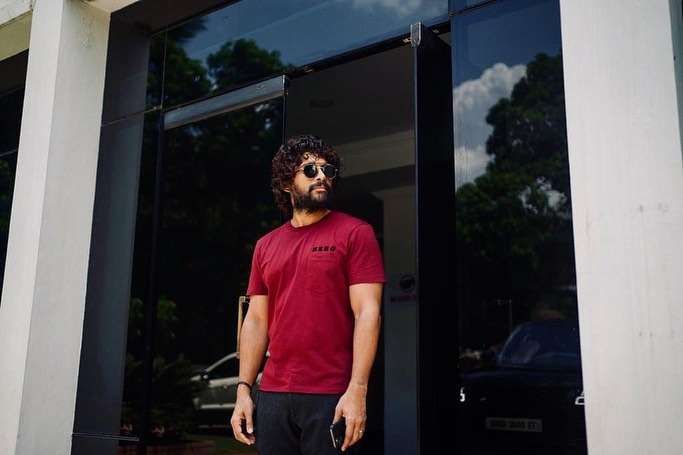 Allu Arjun is one of the biggest names in the Telugu film industry and he has a huge fan following. The actor is quite active on social media and treats his fans with pictures and videos of himself.

Today, Allu Arjun has reached a mark of 10 million followers on Instagram and he has thanked his fans for it. The actor posted a video and captioned it as, “Thank You All for the Love . Thank you for being there as my strength. Truly touched and humbled by your blessings ������.”

Talking about his movies, he was last seen on the big screen in last year’s release Ala Vaikunthapurramuloo. It was a blockbuster at the box office and became one of the highest-grossing Telugu movies. The movie had also got a good response when it was released digitally on Netflix.

The songs of Ala Vaikunthapurramuloo had received a great response, especially the track Butta Bomma. It went on to become the most viewed Telugu song on YouTube and the hook step of the track had become a rage.

Allu Arjun will next be seen in Pushpa which is being directed by Sukumar and also stars Rashmika Mandanna in the lead role. The first look of the movie was unveiled in April 2020, and though it is a Telugu film, the makers have decided to dub and release it in various languages including Hindi.

While sharing the first look of the film, the actor had posted, “First Look and the Title of my next movie “ P U S H P A “ . Directed by dearest Sukumar garu . Music by dearest friend @thisisdsp . Really excited about this one. Hoping all of you like it . @rashmika_mandanna @mythriofficial #MuttamsettyMedia.”